Light Of The World 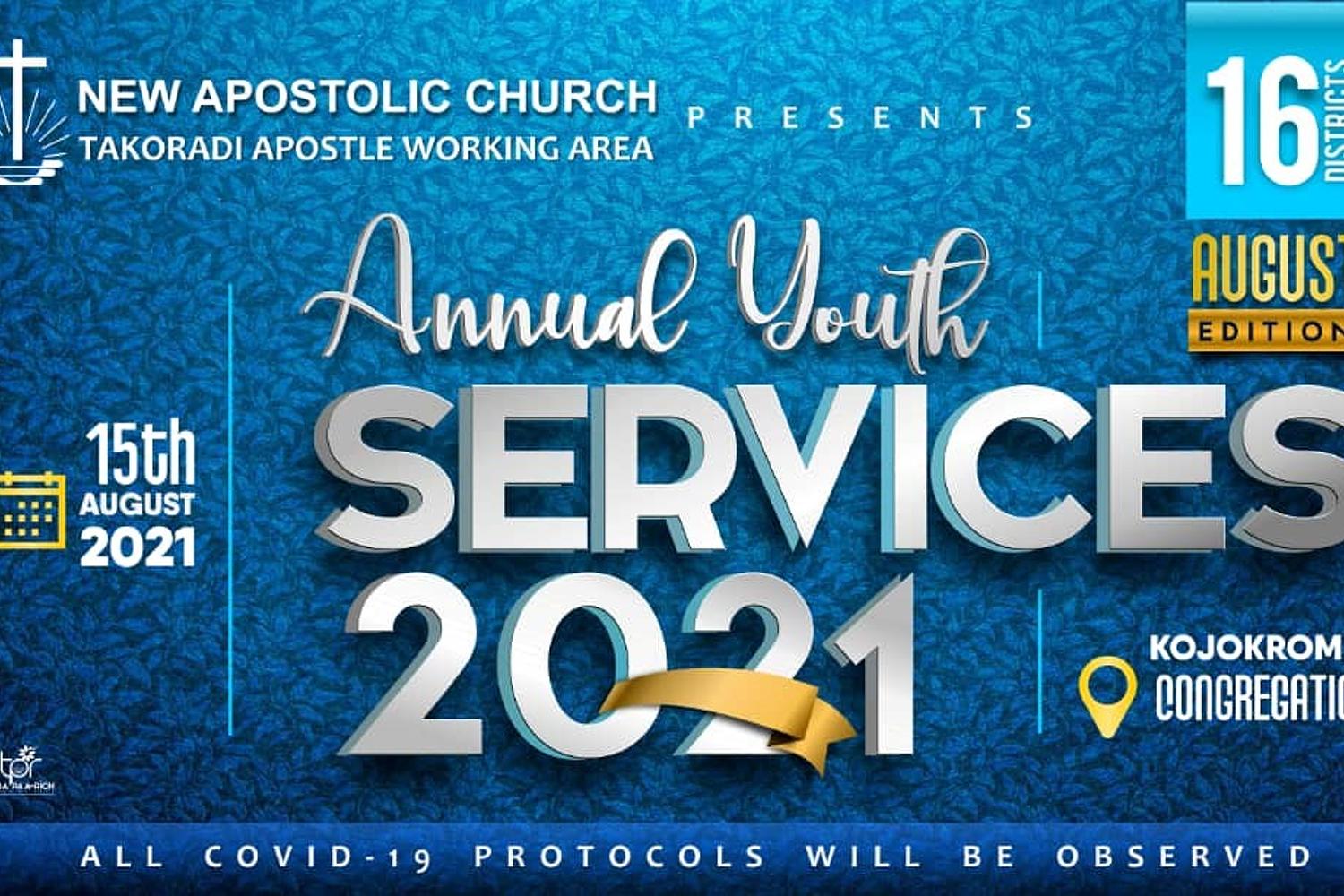 ‘Yes! We are the light of the world’. This was the slogan for this year’s annual youth service at the Takoradi Apostle Working Area. On September 5, 2021, three hundred and fifty-eight youth from various districts made it to the special youth service, much to the delight of the organisers. The Kojokrom congregation hosted this service.

Talk on Youth leadership and Sexual Misconduct
Before the main service the chief tutor, Deputy District Rector Sunu, and his deputy, Shepherd Kwaw, held a talk show for the youth. Topics treated included duties and responsibilities of a congregational youth leader, district youth leader and area youth leader. The topic on sexual misconduct was also discussed.

Divine service with Apostle Sam
Apostle Sam led the special youth service based on a message from John 15:10
“If you keep My commandments, you will abide in My love, just as I have kept My Father’s commandments and abide in His love.”

Keep His commandments
Apostle Sam stated that the commandment given to us is not difficult for Christians to complain about. Jesus Christ abided in the commandments of His Father and so for anyone who will abide by His commandments, we will receive a greater portion of His Kingdom. The youth of today have neglected the advice of their parents, thus resulting in misguided decisions and actions, said the Apostle. The youth must renew the mind, and do things according to the image of Christ as well as respecting our parents. As Apostle Paul said, “Let no one despise your youth, but be an example to the believers in word, in conduct, in spirit, in faith and in purity”.

Let us shine
Apostle Sam told the youth that they are the future of the church. He said if the church will progress, it depends on the youth. Our actions and behaviour will promote the church. Accordingly, the youth must unite and prepare to take over the responsibilities and leadership in church because they are the light of the world. As Christ said, “You are the light of the world…Neither do people light a lamp and put it under a bowl. Instead, they put it on its stand”, therefore we must shine before others that they may see our good deeds.

“Love covers everything; we are no more under the law but rather under the grace. Let us look for our lost brothers and sisters and bring them back to the faith” concluded the Apostle.

A brother remembered
A departed brother and youth leader, Simon Sam, was also remembered by the gathering. The brother, a son of Apostle Sam, passed on during a youth service at Cape Coast. A prayer and a wreath was laid on his tomb by the congregation and ministers. 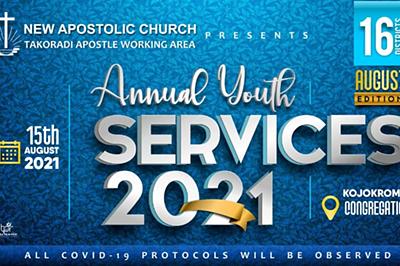 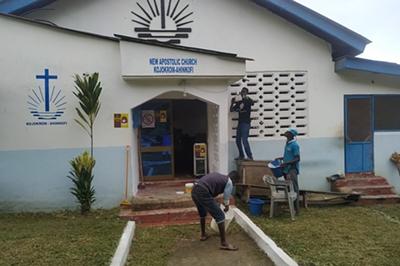 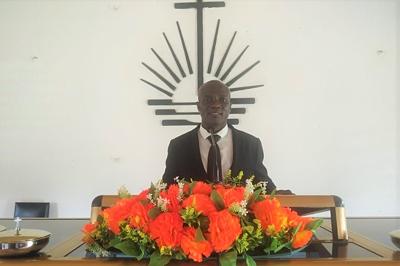 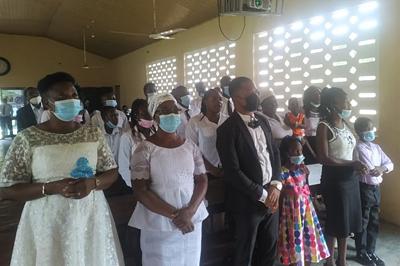 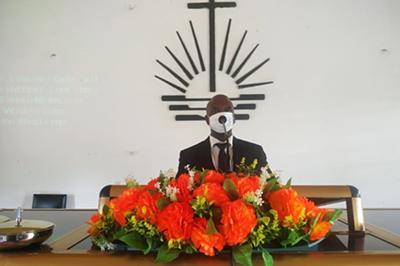 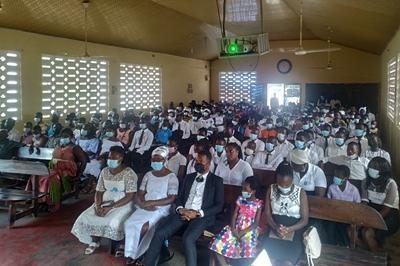 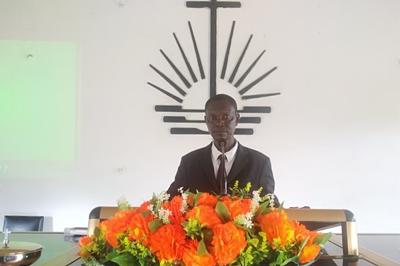 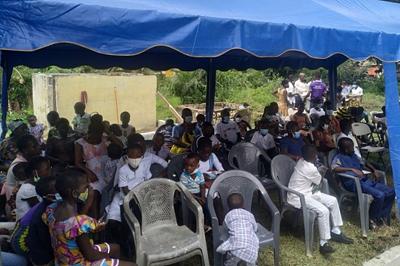 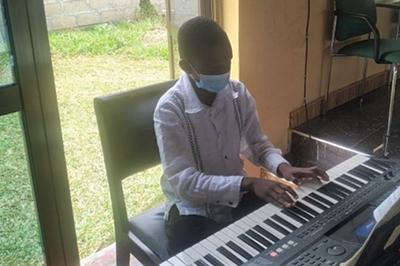 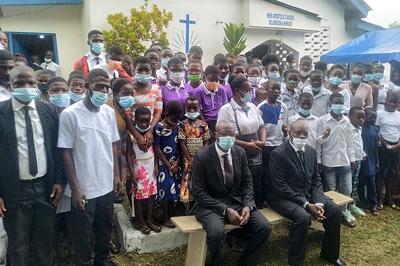 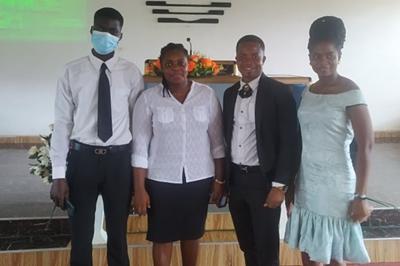 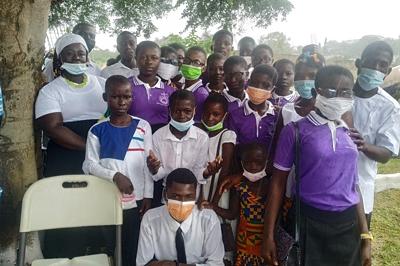 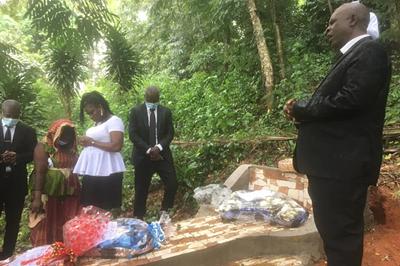