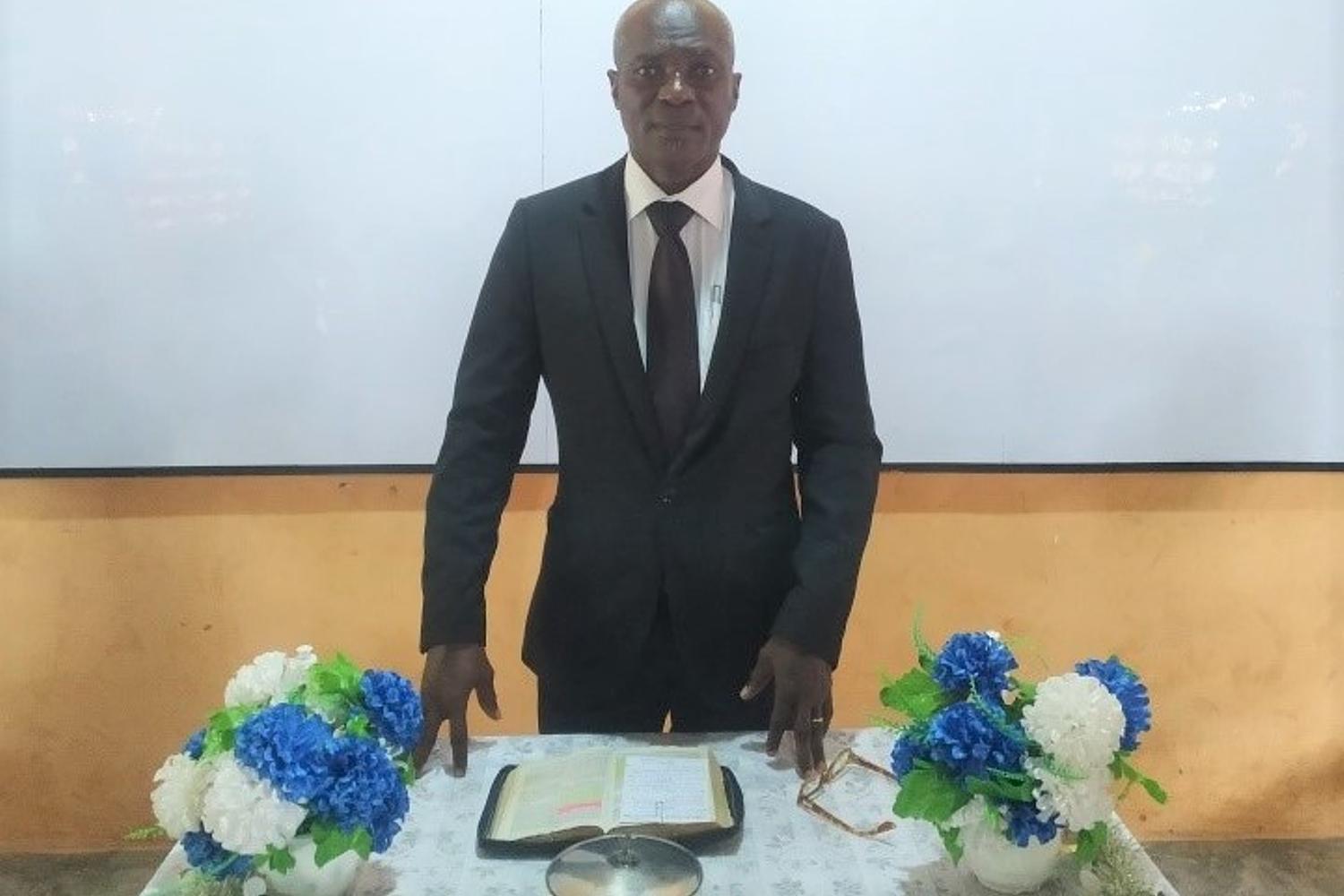 Apostle Sam and Bishop Ampofo ended their two-day working visit with two divine services at the Damang and Pieso congregations in the Tarkwa district, on 27th June 2021.

Honour Christ
Starting from the Damang congregation, the Apostle shared his message on John 3:30, ‘He must increase, but I must decrease’

Apostle Sam began by acknowledging how the congregation, in spite of their numerous challenges in securing a place to worship, have sustained their numbers and not given up. This, according to him, gave him great joy to be among them. The Apostle said the message “is centered on John the Baptist. John never knew it was Christ whom he was baptizing until he heard a voice from heaven. John never lost hope in Christ when he was in prison, he knew people could not follow him and follow Christ; his mission was to prepare people for the One coming! John had to resist the invitation to become great in the sight of his followers and so he must become less important for Christ to become more important.”

How do we also increase?
The Takoradi Working Area Leader asked in what ways do we also increase and what do we want to attain in life? Is it about the worldly attainment that makes us feel we have achieved or it is when we accomplish something for Christ? “Jesus said: ‘Peace I leave with you; my peace I gave you, I do not give you as the world gives’. We need to accomplish it for Christ and fear God because the bible says the ‘fear of God is the beginning of wisdom’.”

We need to decrease
Decreasing does not mean that we should not attain anything in life but we need to acknowledge the fact that whatever things that we have accomplished in life is not by our might nor power but by the grace of God because it is the blessings of the Lord that makes one rich, hence we need to increase Christ, espoused the Apostle.
In concluding, the Apostle reiterated that we should not take glory for ourselves; John the Baptist could have influenced his followers that he was Christ but he did not do so, rather he increased Christ.

The Apostle was supported by Bishop Ampofo, and District Rector Agyapong.

The magnitude of God
The last service of the day took place at the Pieso congregation; the Apostle shared his sermon based on Psalm 146-7b:8. “Who executes justice for the oppressed, who gives food to the hungry. The Lord gives freedom to the prisoners. The Lord opens the eyes of the blind; the Lord raises those who are bowed down; the Lord loves the righteous”.

The Apostle once again proclaimed to the Pieso congregation the greatness of the Lord when Peter was rescued from prison. He said Peter was preaching the word of God; he did not go to steal or gossip about people. Peter was put into prison by King Herod but the night before his trial an angel appeared to him and told him to leave. These show how mighty the Lord is. He paved the way for the oppressed. God also cares for those who are in need. For the hungry he provides food and for the prisoners he provides freedom. In all these we see Christ’s holiness and love. This is a God who can be trusted.

Apostle Sam ended by saying Jesus Christ will replace whatever thing we have lost; “we should never think we have not achieved anything in life. For those who wait on the Lord, He shall renew their strength.”

The Apostle performed Holy Baptism and Sealing for one soul. 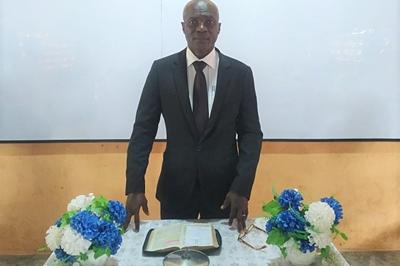 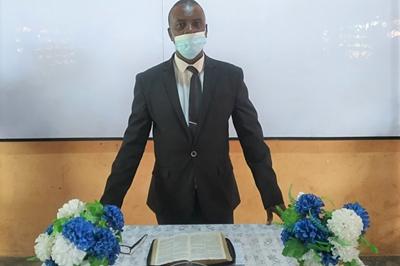 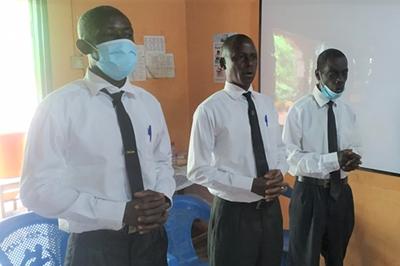 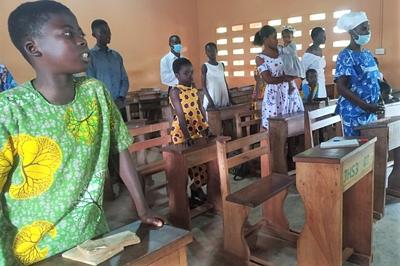 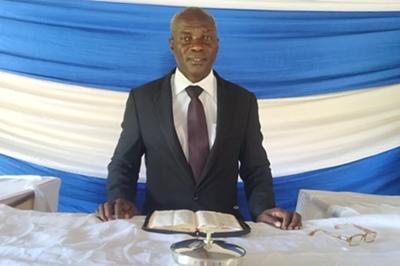 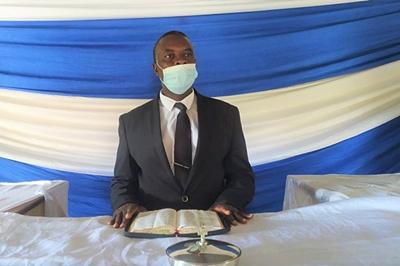 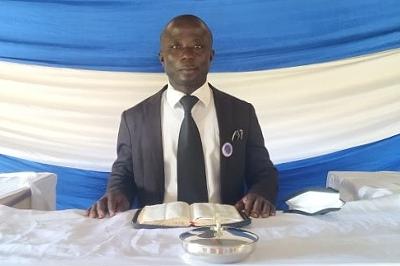 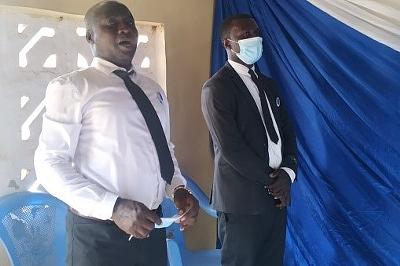 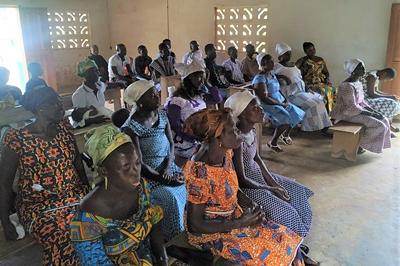 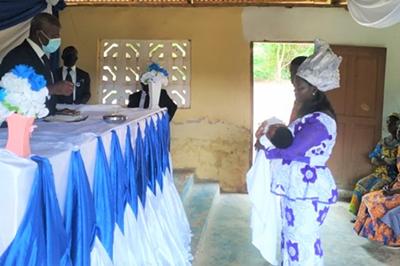 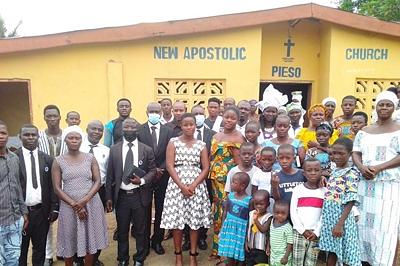