11 Minutes With The Lead Apostle

“Apostle, Apostle! Can we have 5-7 minutes of your time please? We won’t take that long”. That is a scurrying Priest Peter Owusu seeking to get hold of Lead Apostle Benjamin Ohene-Saffo for a short tete-a-tete. “You these young men like to worry. You would never let me rest. Kindly give me a moment”, the Apostle comely responds with his boyish smile, as he takes a dash to the East Legon congregation washroom.  He returns, almost immediately, “Ah huh, what do you want from me?”. The “troublesome” NAC reporters burst into laughter, as they usher him to a seat.

Well, the 7 minutes turned into 11 minutes, 13 seconds; unplanned and spontaneous but an easy interaction with a man who did not want to be an Apostle. Following are extracts of the chance conversation.

A journey down memory lane

NAC Reporter: Apostle, how has the journey been?
Lead Apostle: Journey? It’s been an interesting one. Looking back over the last 36 years, back to the days when I was so young and following my father every day, I think it’s been a very interesting journey. Yes, every journey has its rough and smooth times; so far, considering how far we’ve come, it’s been good!
Quickly, one reporter tries to shush a bunch of kids in the background, who have playfully run into the empty church hall.

NAC Reporter: Earlier on in the day, you spoke about your experience in the war-torn countries…?
Lead Apostle: (The Apostle cuts in, full of nostalgia) …Yeah, yeah, yeah! You know, I followed my uncle, Apostle Amoah (rtd.), who was in charge of countries like Liberia. And so I happened to be in those areas. It was not a very pleasant time, but it was all good because if you see people who have been at war, with many problems but still hanging onto their faith and you have to serve them…it was very interesting.

A city boy in the savannahs

NAC Reporter: Were you then a teenager, when you were ordained a minister?
Lead Apostle: Well, in those days, we will go to church and my dad will ask me to stand at the door. I was then about 14-15 years and was basically doing all what the deacons do today. I was ordained a Priest at the age of 18 years.
Here was a young man, used to the night life in Accra. The suddenly, he is dragged along by his uncle, out of the comforts of the city, and thrown into the savannahs of Bolga. Those were days when Priest Ohene-Saffo will trek on foot from Bolga to Nangode to Zualungu, with his bearers of blessings, to conduct 6 divine services in a day, morning and evening.

Oh you, Jonah of today

NAC Reporter: It sounds as if you were prepared to be an Apostle. All these difficulties and then 30 years later, you are plunged into this ministry of a different mandate and authority.
Lead Apostle: I really doubt if I was prepared for it. Because I didn’t see it coming, to be frank with you. I remember I was first approached about the Apostleship in 1998 and I humbly declined. I thought I was too young and not ready for it… (the reporter interjects).

NAC Reporter: So you were a Jonah?
Lead Apostle: (the Apostle shares a laugh with the reporters and responds) Kind of. Eventually, I became the rector for Teshie 2. All I knew was that I was doing the work of the Lord. And then in 2016, I was told, “you are going to be the next Apostle.” I didn’t know what to say, so this time I went to see my dad in the hospital, who was on his dying bed.

Blessing of a dying father

Lead Apostle: My dad hadn’t talked for over a year. When I opened the door, he was facing the wall, not ready to see anyone. I called his name, he turned and looked at me. And I said to him, “Dad, I have some news for you. I have been told I am going to be the next Apostle. Would you want it?” And for the first time after a year, he spoke, and with vim, “Yes!” And then he smiled.
He never spoke a word again till he died. I remember it so well like yesterday, he was trying so hard to tell me something, he was struggling to speak, but he couldn’t talk. So he held my hand so tightly beaming with smiles. That gave me the motivation to take up the ministry. Hitherto, I wasn’t too sure.

My fear, my joy

It’s 8 minutes and 48 seconds now, we need to end it. But we couldn’t resist the urge for one more question.

NAC Reporter: Apostle, you are 54 now. You are growing. Is this something that you fear, that there will come a time when you can’t do what you love the most for God?
Lead Apostle: Everything that has a beginning has an ending. And if you are someone who does not plan, that is when you have the fear. I believe that the greatest legacy I can leave is people that would be able to continue with the mandate that has been given. So, if I do not have people who will take over, I will really weep.
My greatest job now is to develop the youth who will take over the Church, so they can continue with the ministry of the Apostles. But, I have no fear! Why? Because I see the youth, their passion and enthusiasm about the work of God, and I have all the confidence that the work, this work, will continue very well beyond me. 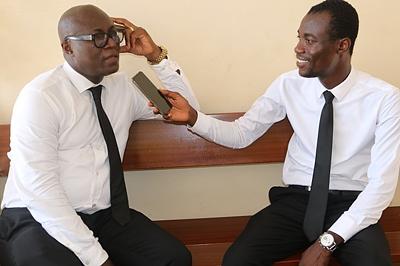 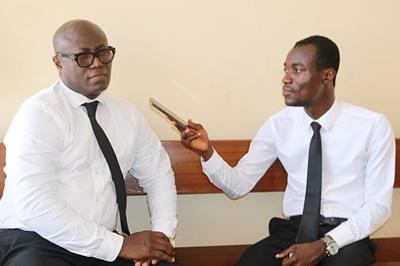 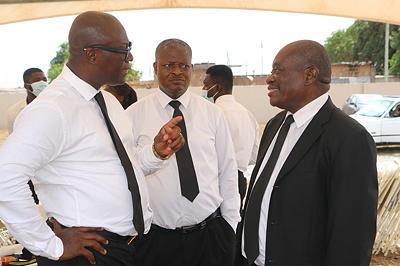 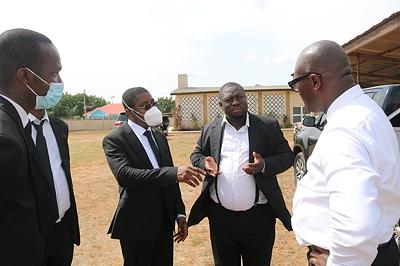 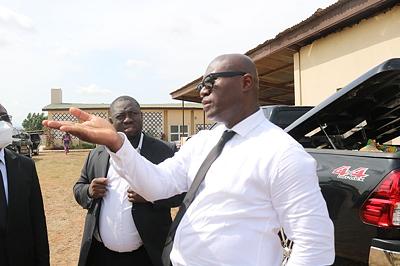 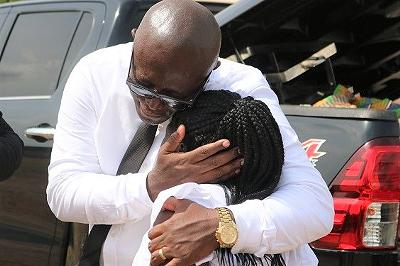 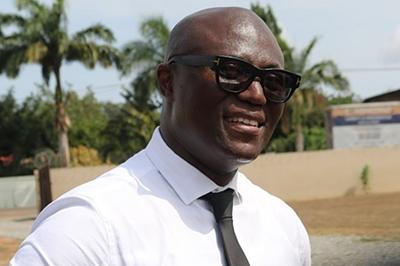 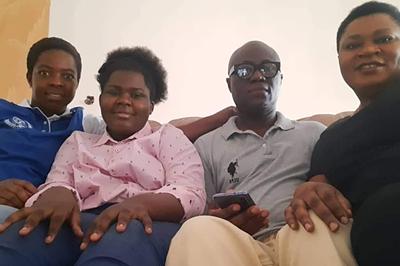