Grace Abounds, Even in Abnormal Times 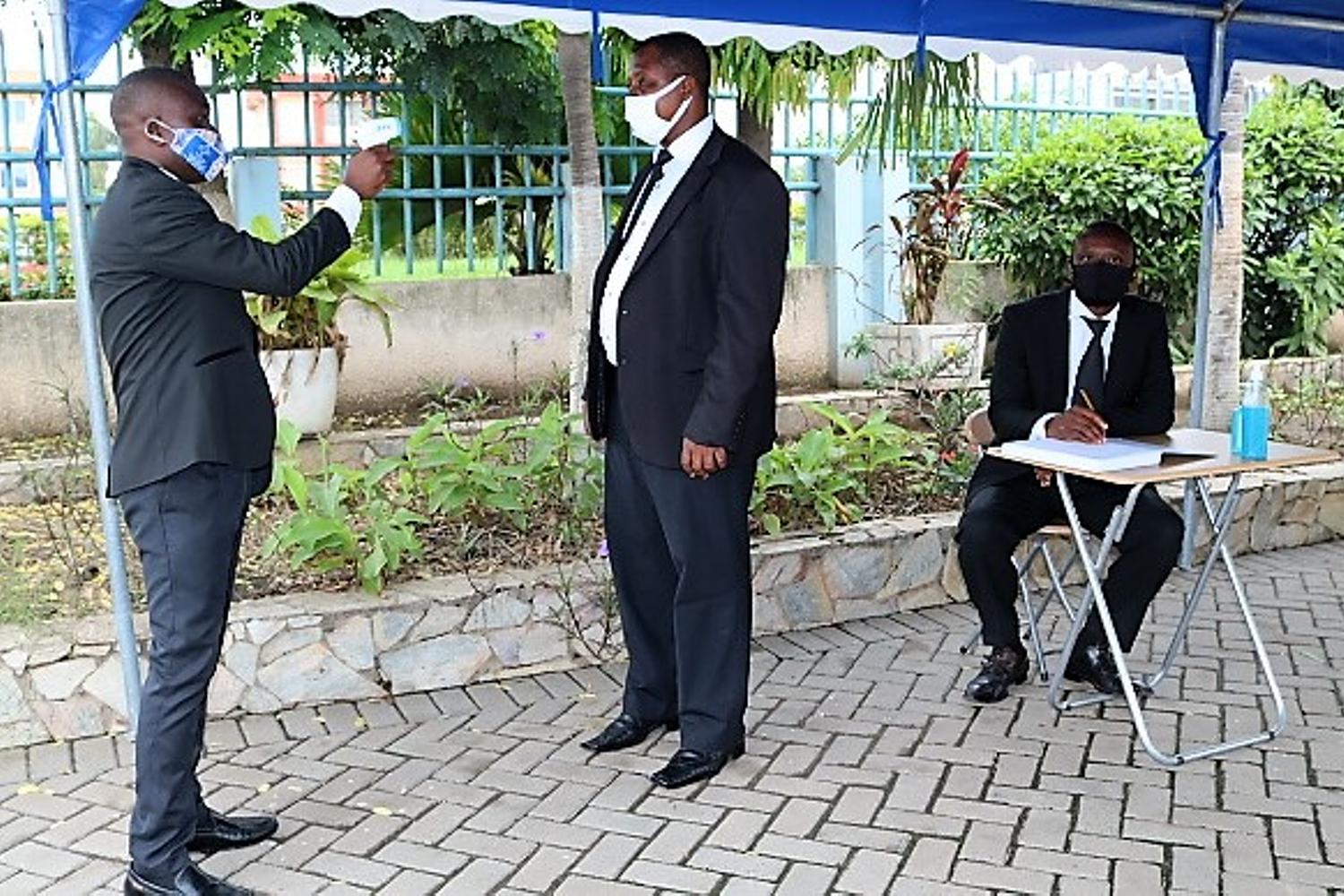 In a congregation of 50 ministers in the Accra West District of the Accra Apostle Area, Lead Apostle Benjamin Ohene-Saffo officiated a divine service for the departed on Sunday 5th July 2020 at the Accra Central Congregation. This is the first church service in the district since the ban on church services was imposed by the government in March this year.

The sermon was based on 1 Thessalonians 4:13-14, “But I do not want you to be ignorant, brethren, concerning those who have fallen asleep, lest you sorrow as others who have no hope. For if we believe that Jesus died and rose again, even so God will bring with Him those who sleep in Jesus.”

“These are not normal times, but we share in the same grace of God. Grace to receive strength to go out and do God’s work even in these difficult times”, Lead Apostle Ohene-Saffo began his sermon. The district would begin church service from next week Sunday.

The Bible text is an assurance by Apostle Paul to the Thessalonians who inquired about what would happen to them when they die after believing in Jesus Christ. Lead Apostle Ohene-Saffo asked, “We believe that when we die we will go to our Heavenly Father but the question is how do we go there and what is the assurance that we will go there?”

Referring to John 14:6 the Lead Apostle answered that there is no other way to enter into the Kingdom of God except through Jesus Christ, the Son of God. Prior to the grace of God in Jesus Christ, the people of old believed in judgement. “Even in judgement, Christ is the Judge. This clearly shows that whether through grace or judgement, Christ remains the only way to the Father” the Lead Apostle emphasised. We Christians cannot stand the judgement of God because of our sins, but His grace is available to us.

Further probing the thoughts of the gathered ministers, Lead Apostle Ohene-Saffo rhetorically queried: “Now we know the way to the Father but what is the assurance that we will get there? He answered, quoting the words of Jesus in John 3:5, “Most assuredly, I say to you, unless one is born of water and the Spirit, he cannot enter the kingdom of God.” When Christ died, He descended into the realms of the departed to speak the word to give the souls a chance into the Kingdom of God. The word of grace and salvation was preached to them, stated the Leader. He further explained that churches during the time of the Apostles baptized the living on behalf of the dead. This is our basis for the service for the departed.

The Lead Apostle concluded: “The churches in the past believed and practiced this, we will also continue to plead with our Heavenly Father to give opportunity to departed souls to access His Kingdom. The Lord would surely grant them grace.”

COVID-19 directives: A minister is screened, his information is taken and seat number apportioned before the start of the divine service.; description: ; type: image;" class="glightbox" data-gallery="gallery1"> 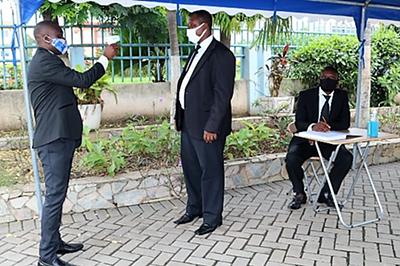 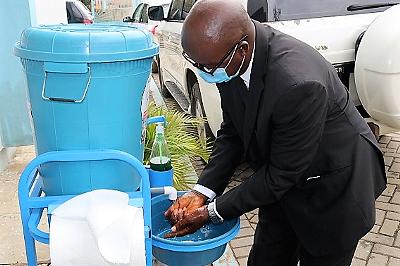 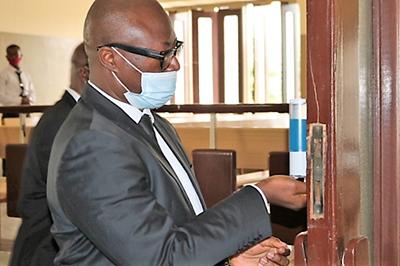 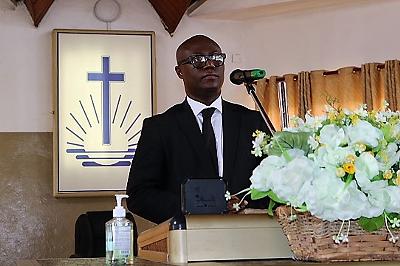 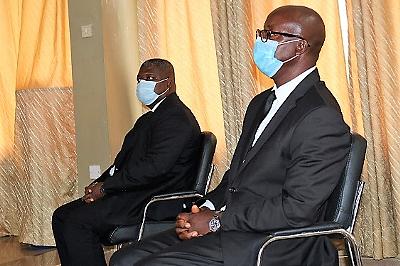 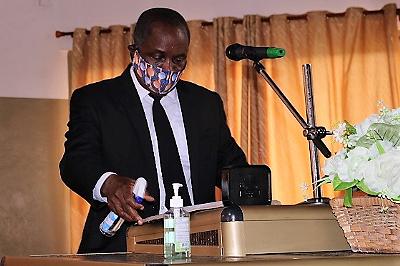 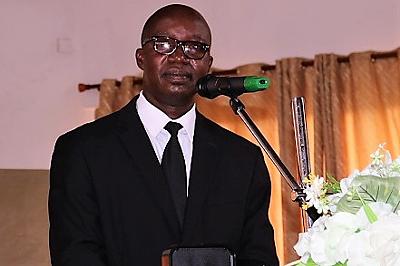 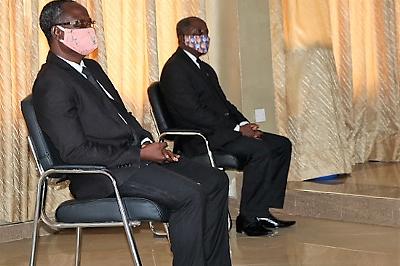 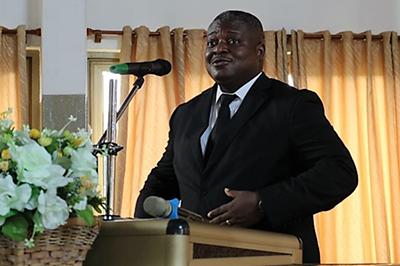 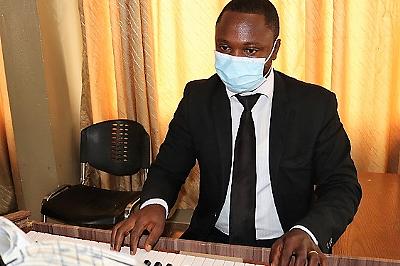 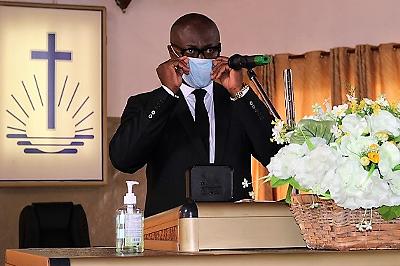 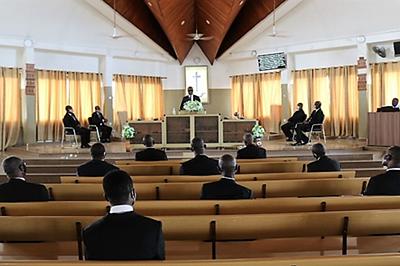