Koforidua Apostle Area Anniversary Celebrations: Love And Kindness To Everyone 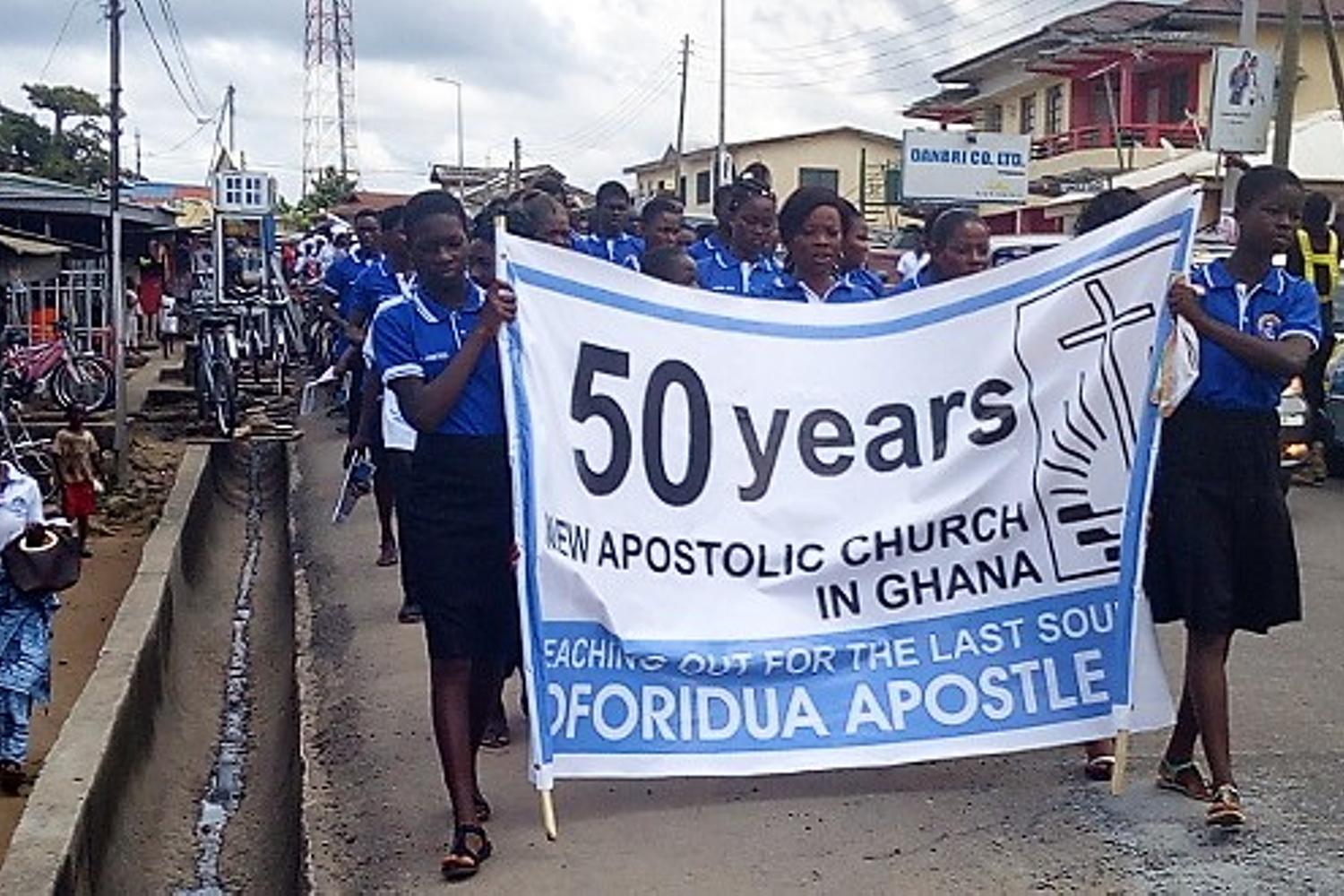 On 14th September 2019, the Koforidua Apostle area began a 2-day celebration of the church’s 50th anniversary in Ghana with a procession through the principal streets of Koforidua. This was followed with a donation to the Koforidua Prisons, and a divine service on the 2nd day.

Copies of the Our Community magazine were distributed during the float as an act of spreading the word of God and sharing the New Apostolic faith as the theme of the celebration stated.

Presenting the Polytank to the Prison Service, the Apostle for the area, Apostle Robert Asampong said the water storage tank would be used to preserve wateand also used as a symbol for baptism. He added that the visit to the prisons was in fulfillment of Christ’s word in Matthew 25:36-40 as He demanded we show our love and kindness to everyone at all times especially the weak and needy, including prisoners.

Speaking on behalf of the Prisons Service, ADP Joseph Asabre, the Second In Command of the Koforidua Local Prison thanked the church on behalf of the service for the kind gesture done them. 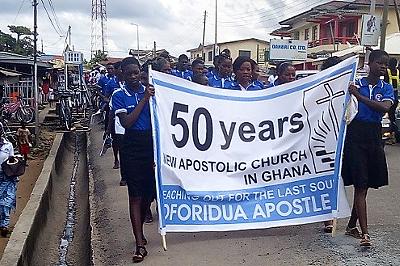 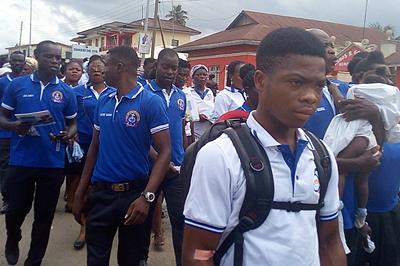 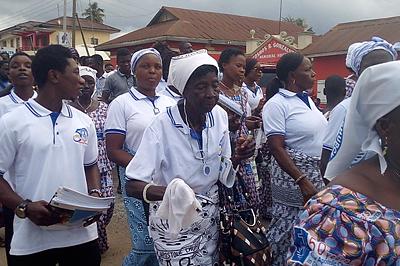 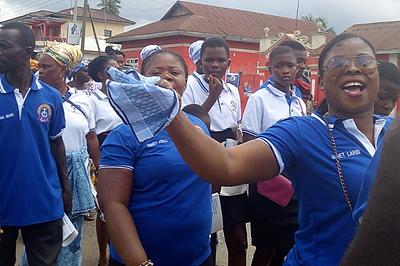 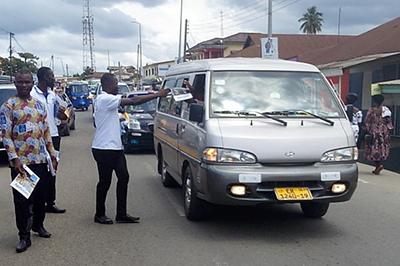