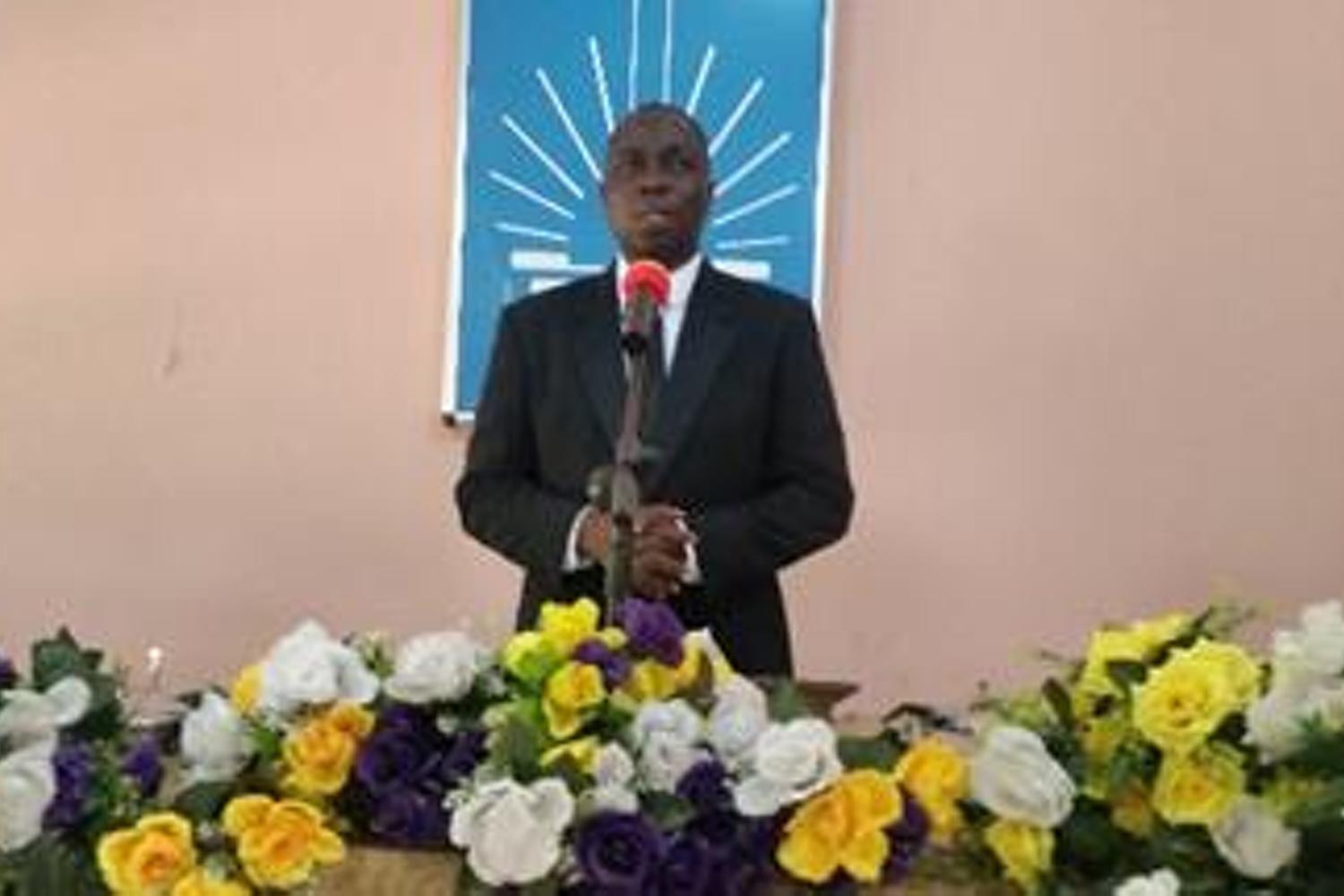 The Konongo Apostle Area celebrated the 50th anniversary of the church in Ghana over a 4-day period from the 18th April to the 21st April 2019. The event, which had over 800 members participating, was held at Adako-Jachie under the theme, ‘Reaching out for the Last Soul.’

The NAC faithful arrived at Adako-Jachie on Thursday from other districts within the Apostle Area.

On Good Friday, 19th April, Apostle Anum Nortey celebrated a festive divine service with the brethren. The service was based on the text word John 3:16. In his message, the Apostle admonished that God has given Christ to us to believe in Him; in Christ alone our hope is found. He encouraged the congregants to stay in Christ, and in His church until His return.

Later in the afternoon, a health talk was held for the members. Also, a marriage counseling session was held for couples. The NAC concept of Sacrifice and Giving was also taught by District Elder Opoku Ababio (New Edubiase district) with an educative but entertaining role play on Giving staged to further illustrate the principles.

On Saturday after morning devotion, the Apostle area embarked on a route march around the Jachie Township. The evangelism team was sent to make the church known to the town folks.

After lunch, Lead Apostle Oppong-Brenya educated members on Prayer. He explained the topic based on the general 6W questions: What, why, who, when, where and how.

Just before supper, the youth enacted the very first contact of the church in Adako-Jachie in a drama performance. The story recounted the events leading to the very first divine service to be held in Adako-Jachie, and indeed the Ashanti region, by the late Apostle J.B. Kankam, then a deacon in 1970 where he met the chief and his retinue to introduce the church. The text word on that occasion was taken from Matthew 6:33 with the opening hymn being Striving Onward.

The penultimate activity was the thrilling and exciting performances of the Konongo Youth Choir, and the Accra Youth Choir who were specially invited to support the celebrations. It was an amazing night with both choirs taking turns to exhibit their God-given riches in talents, to the praise and honour of our Lord. At the end, the two choirs combined to close the concert with an anthem to the joy of the audience.

Following the concert, the Lead Apostle shared his special Easter message with the gathering. He advised all to give freely and wholeheartedly, expecting nothing in return. He also urged all to decline gifts strung with conditions of favours and expectations, as they often destroy our integrity and conscience. He encouraged all to look to the ultimate gift of Jesus Christ by God as our guiding example. 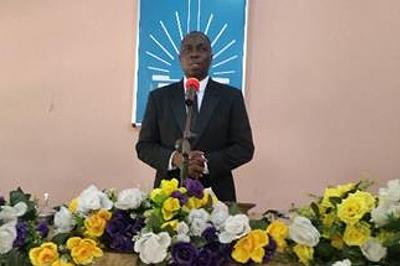 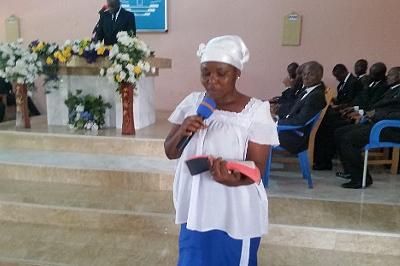 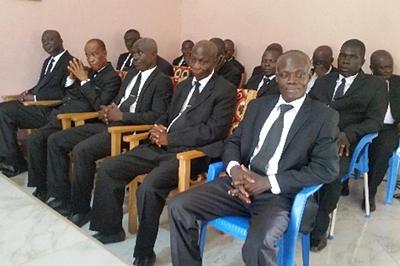 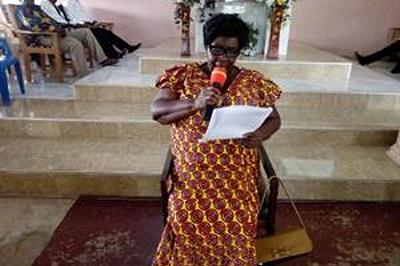 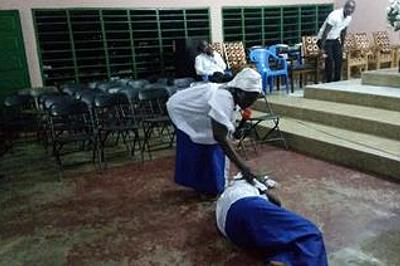 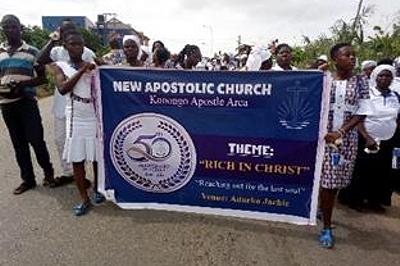 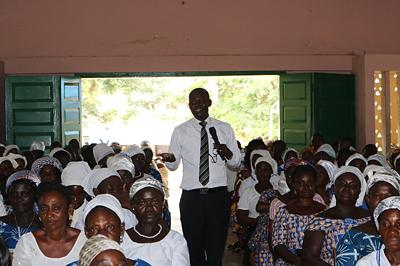 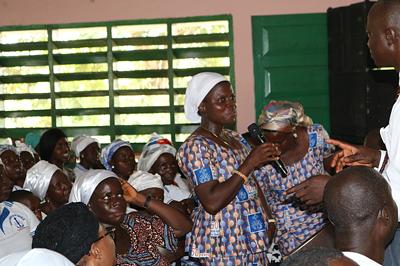 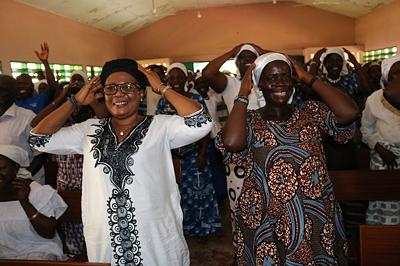 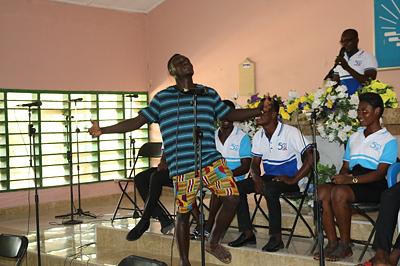 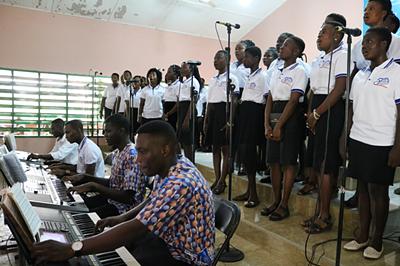 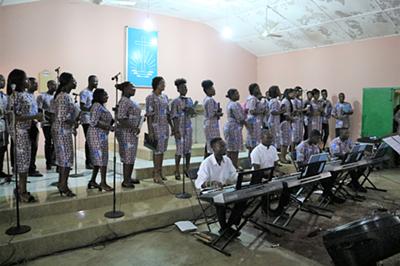 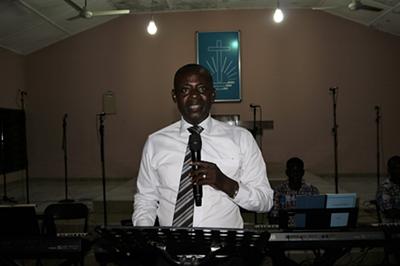 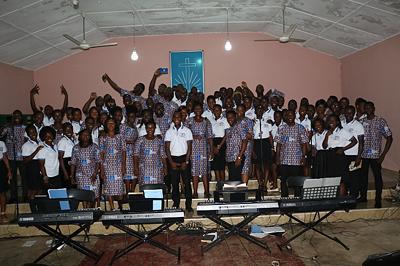 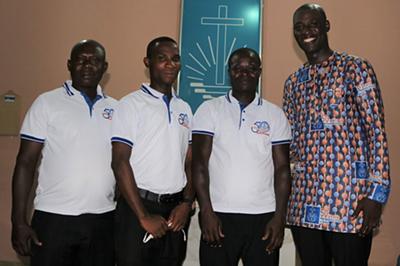