Be a good Christian and stay in Unity 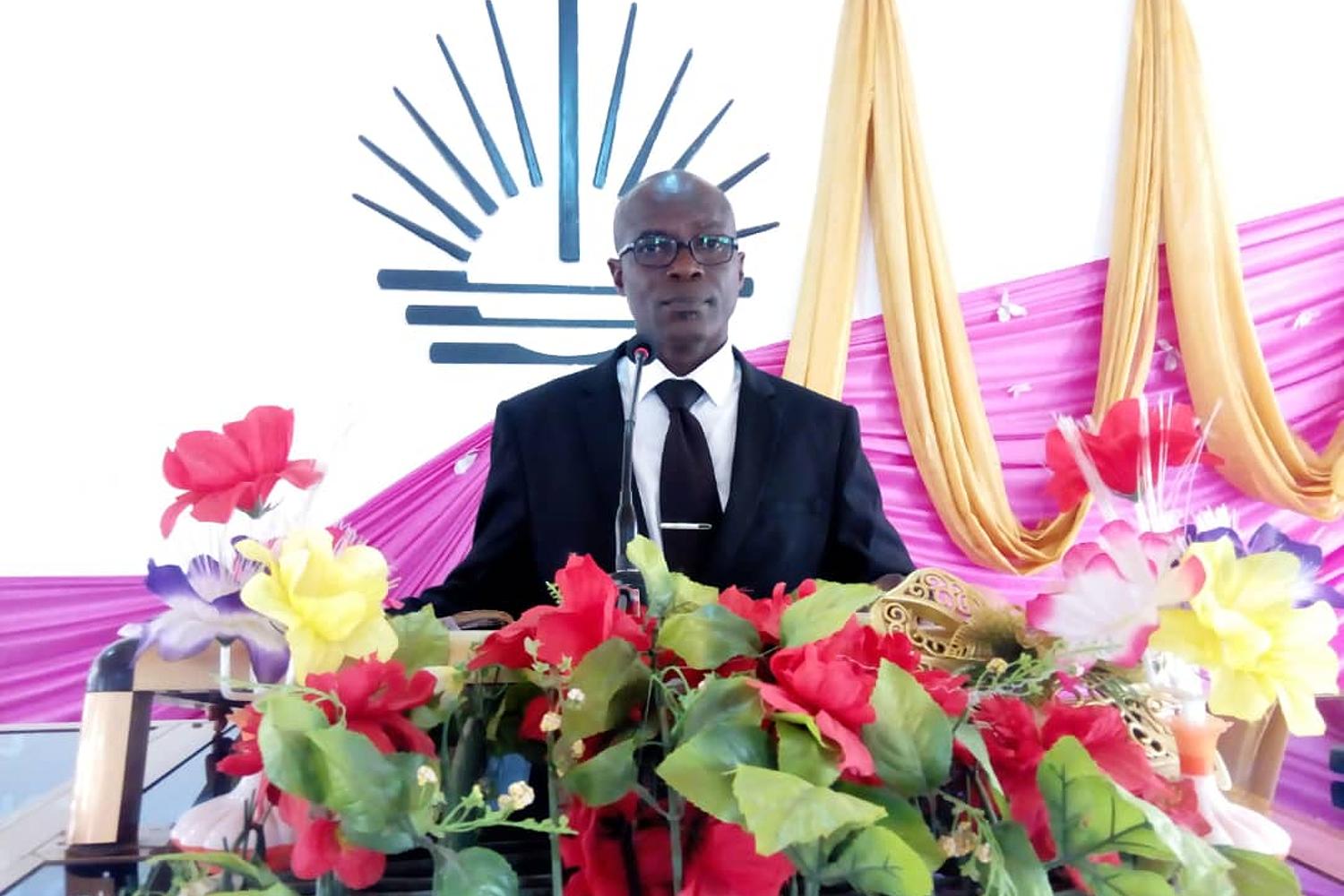 Brothers and sisters from the Takoradi district at Kojokrom congregation and Sekondi district at Sekondi congregation, all in the Takoradi Apostle working area were blessed to witness two wedding ceremonies. The marriage ceremonies were conducted and blessed by Apostle George Sam (Takoradi Apostle working area) on 6th April 2019 at 10AM and 1PM respectively.

At the Kojokrom congregation, the wedding ceremony was between Sister Ivy Sowah and Brother Emmanuel Kofi Boa-Amponsem.

The text word for the service was taken from Romans 12:1-2 (KJV), “I beseech you therefore, brethren, by the mercies of God, that ye present your bodies a living sacrifice, holy, acceptable unto God which is your reasonable service. And be not conformed to this world but be ye transformed by the renewing of your mind that ye may prove what is that good and acceptable and perfect will of God”.

Apostle Sam begun his sermon by saying, “Two are better than one, because they have a good return for their work. If one falls down, his friend will help him up but pity is the man who falls and has no-one to help him”. He admonished the couples and the congregation to demonstrate love and unity.

Sharing his core thoughts on the text word, the Apostle explained that they should hate evil and cling to what is good. “Let your good deeds in your marriage be seen by men so that they will give glory to God”.

Apostle Sam was assisted by District Elder Fenyi and District Evangelist Samuel Boadi. 152 souls were in attendance with 98 as guest.

At the Sekondi congregation, the marriage was between the retired Shepherd’s daughter, Sister Lawrencia Akua Imbeah, and the current Shepherd’s son, brother Noble Bosomtwi Gyamerah.

The ceremony was based on the text word Genesis 2:18 (KJV), ‘And the Lord God said, it is not good that the man should be alone; I will make him an help mate for him’.

Apostle Sam admonished the couple to love one another as Christ loved the church and sacrificed His life for it. He recounted the story of Adam and Eve in the Garden of Eden; they blamed each other instead of asking God to forgive them. “Learn to say sorry when you offend each other” he added.

He concluded his teaching by saying, “A good name is better than riches. Let all your ways be pleasing to God. Do not allow the devil into your marriage but pray fervently”. 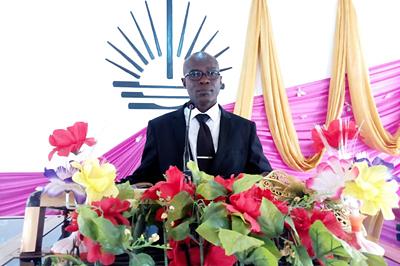 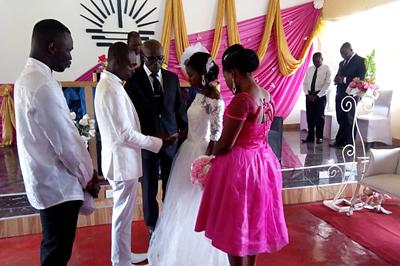 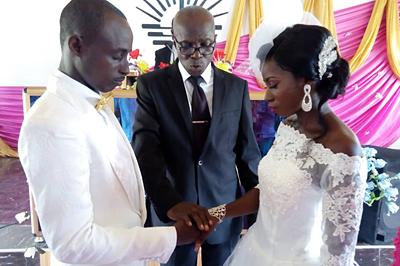 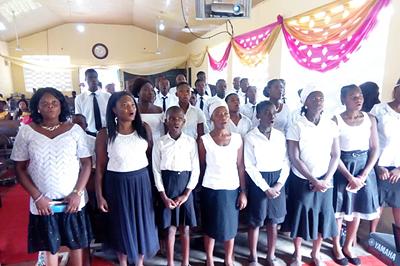 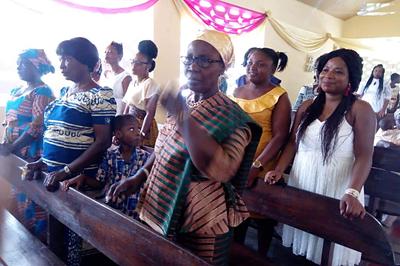 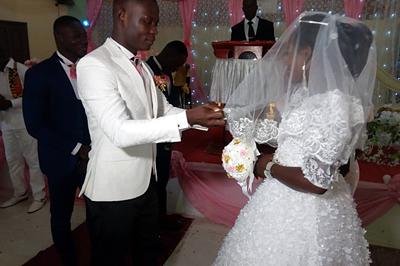 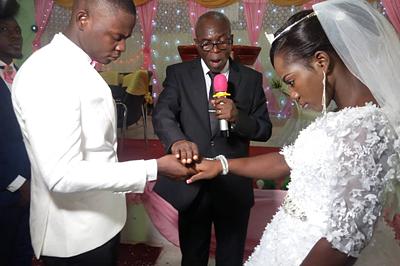 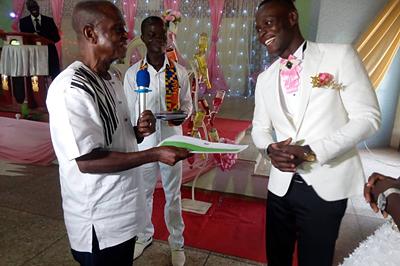