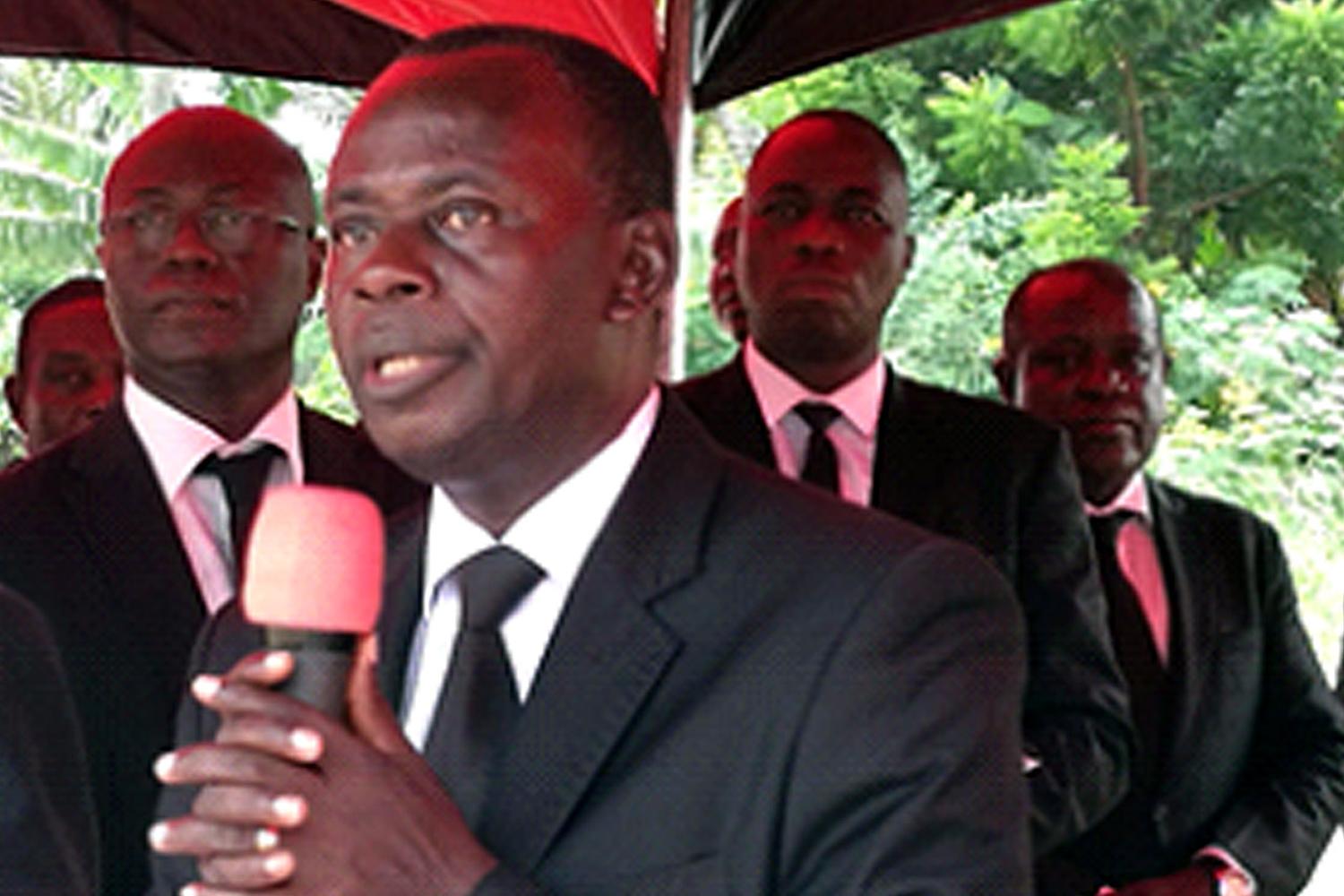 On the 1st December 2018, Lead Apostle Oppong Brenya conducted a burial service for the departed Sister Rebecca Atta Osieku; mother of Priest Kotey Afutu (retired), Apostle Kotei Afutu (retired) and Apostle Ashie Kotei (Cape Coast Apostle Area). He was accompanied by the Apostles and Bishops from all 15 Apostle Areas in Ghana. The service was held at Krobo Odumase in the Eastern Region of Ghana.

The service was based on the text word Job 7:1 (NKJV), “Is there not a time of hard service for man on earth? Are not his days also like the days of a hired man?”

The Lead Apostle began by wishing the children and family of Sister Rebecca God’s divine condolences. Not many people get to live well into maturity to bury their parents in old age. But through the grace of God, Sister Rebecca has lived that long to experience such honour from her six children. It is written that man has been granted 70 years on earth; our departed sister lived 20 extra years to the glory of God.

In relation to the text word, he said that Sister Rebecca fought well and worked hard during her given time on earth. And through her victory, she nurtured three men who have become dedicated servants and Apostles of the Gospel. “Our mother has fought a victorious battle. She fought against falsehoods, heresies, condemnation, curses, jealousy and unholy blood sacrifices. She stood for truth. She stood for God,” he added.

Sister Rebecca always had her focus on God. She knew she would account for her works on earth one day. “We have hope and faith that God will approve of her victorious work on earth. Just as a hired man seeks rest after a hard day’s work, so is our dear mother seeking rest in the Lord,” he said.

Lead Apostle Oppong Brenya was supported by Apostle Ohene-Saffo. There were over 350 members and guests in attendance.

Sister Rebecca Atta Osieku became a New Apostolic over 30 years ago. She is a founding member of the Kumasi Central congregation and was heavily involved in their vineyard work, especially prior to the opening of the Kumasi Central congregation building over 20 years ago. Indeed, through her work, the Asantehene (Ashanti King) and her sister were present on that day. 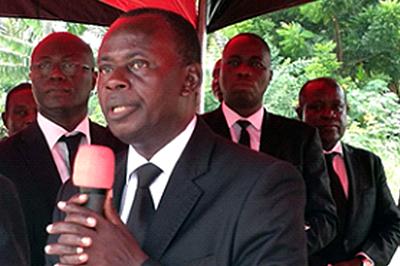 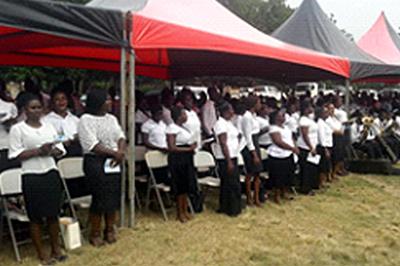 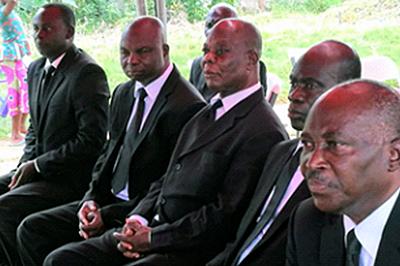 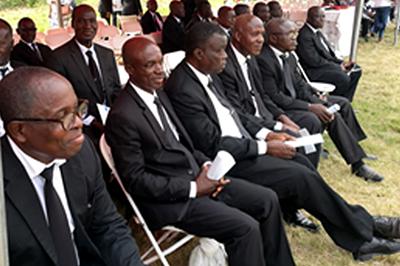 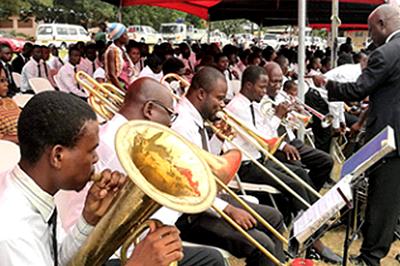 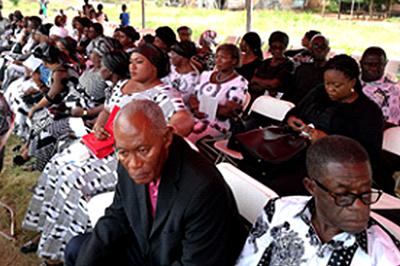 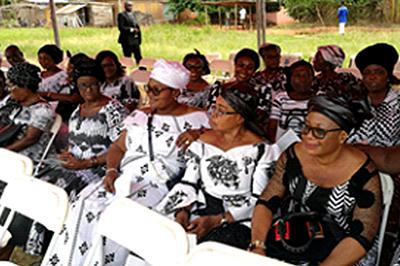 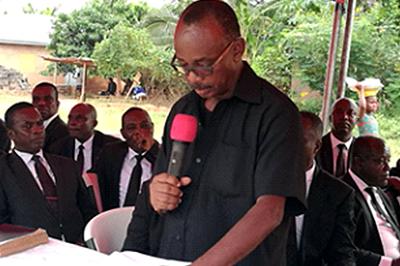 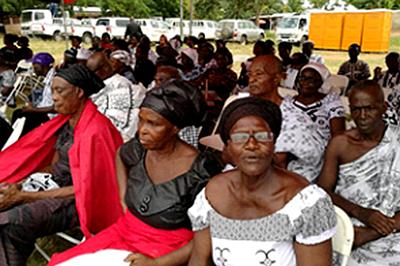 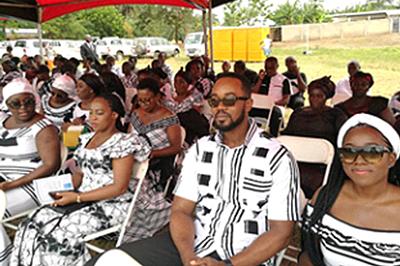 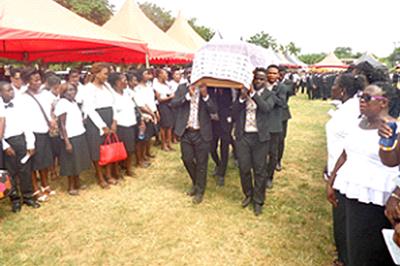 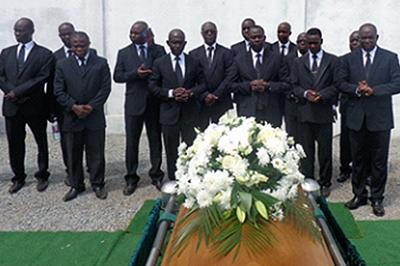 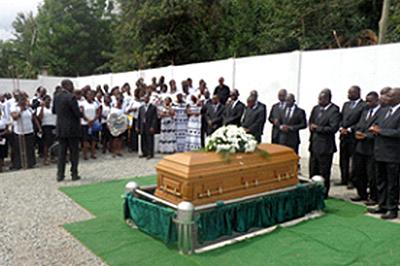 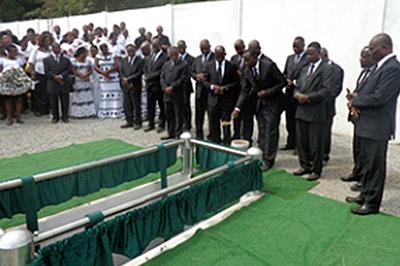 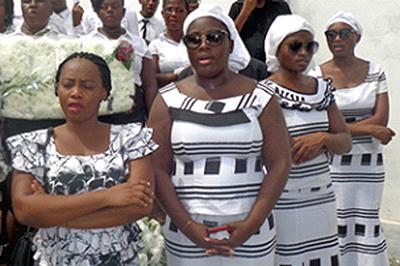 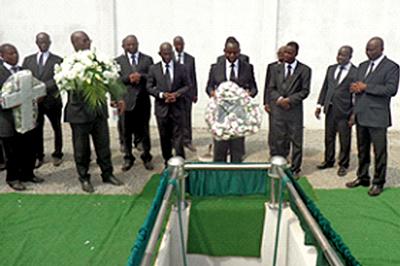