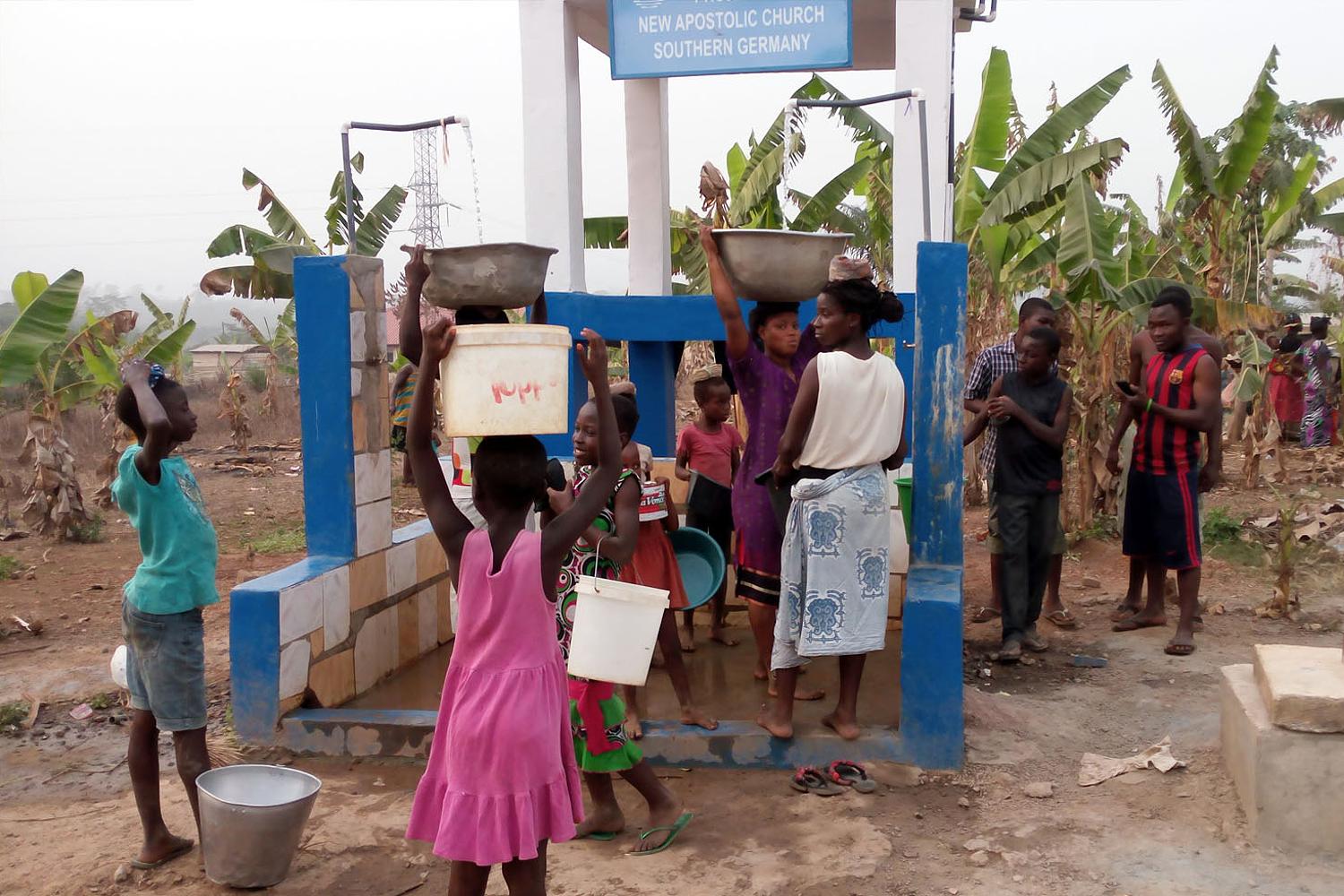 Ekoso is village which falls within the Nkawkaw Elder District under the care of Apostle Andrews Boakye. It is a predominantly farming community of over eight hundred people whose main cultivation are foodstuffs like cassava, plantain and cocoyam. Cocoa is planted on commercial scale which provides the people their means of livelihood.

The provision of potable drinking water does not exist in this rural community. Water is very scarce during the dry season. People resort to streams and ponds for water. Water borne deceases like cholera and bilharzia is very prevalent in the community.

It was upon the basis of these facts that Apostle Boakye accepted the application for help from the New Apostolic Church South Germany through “Water is Life” project on behalf of the rural folks.

It was a great relieve to the community and a sizeable number of New Apostolic Christians living there when their request was granted by the Church. Contract was awarded for the construction of a mechanized borehole in the later part of 2015 and completed in the first quarter of 2016. 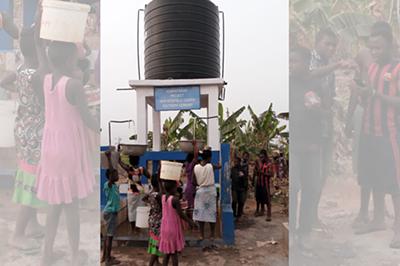