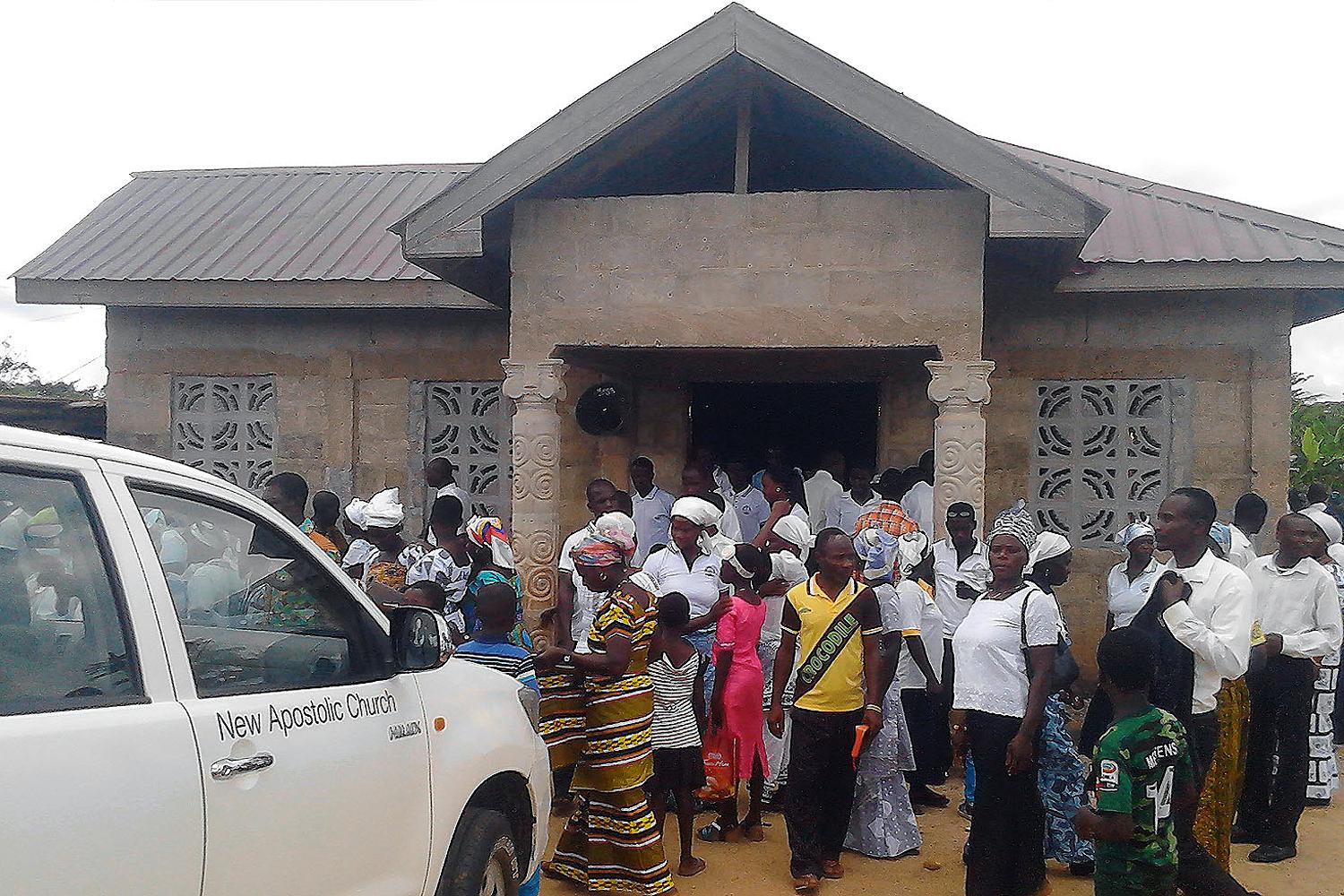 Dwennama, literary translated “think about the future”,  is a predominantly farming community where the people do their farming activities with cocoa cultivation being the main crop. The little village is the head of the Elder District because of the very loyal and dedicated New Apostolic Christians living there.

One peculiar aspect of the Dwennama congregation is that the members by themselves has constructed their own church building with a seating capacity of about two hundred and fifty people, which is seventy percent complete. The Elder District falls under the jurisdiction of Apostle Ashie Kotei who cares for Cape Coast Apostle area in the Central Region of Ghana.

Accompanied by Bishop Kwabena Kyere, Apostle Samuel Oppong-Brenya visited this faithful members on the 8th of May 2016. Two-thirds of the members who attended the divine service sat outside the church under elected tents connected with a loud speaker.

The basis of the divine service was the text word “And I will pray the Father, and He will give you another Helper that He may abide with you forever”. The Apostle said it was the same Spirit that accompanied Moses to deliver the children of Israel from the hands of Pharoah. Exo. 4:2. He said David cried to the same Spirit for help and Comfort. Psalm 23:4. Jesus promised His Apostles the Comforter, the Holy Spirit to help them, John 14:26. This promise was fulfilled on Pentecost. The same Spirit will accompany the elect till the return of Christ.

A total of six hundred and sixty brothers and sisters attended the divine service. One hundred and sixty five received the mark of the Lamp by way of Holy Sealing. Three Priest and six Deacons were ordained to serve in the various congregations. Members were so joyous that departure was a problem. In the end one could not help but to thank God for the gift of the Holy Spirit. 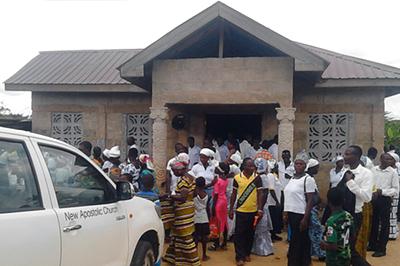 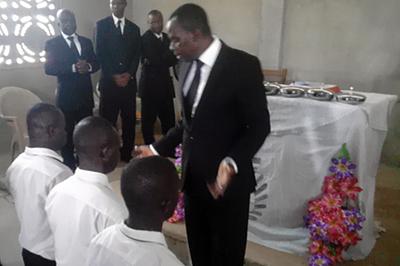 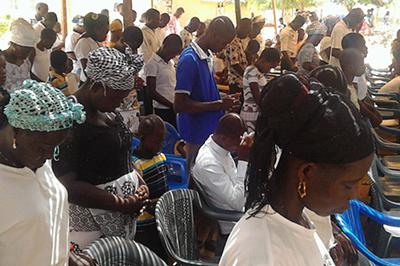 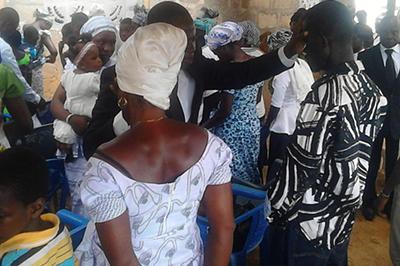 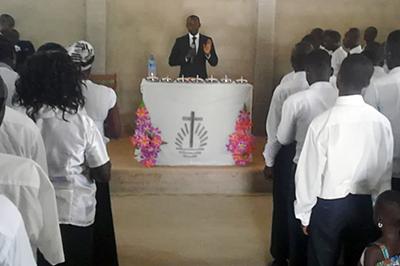