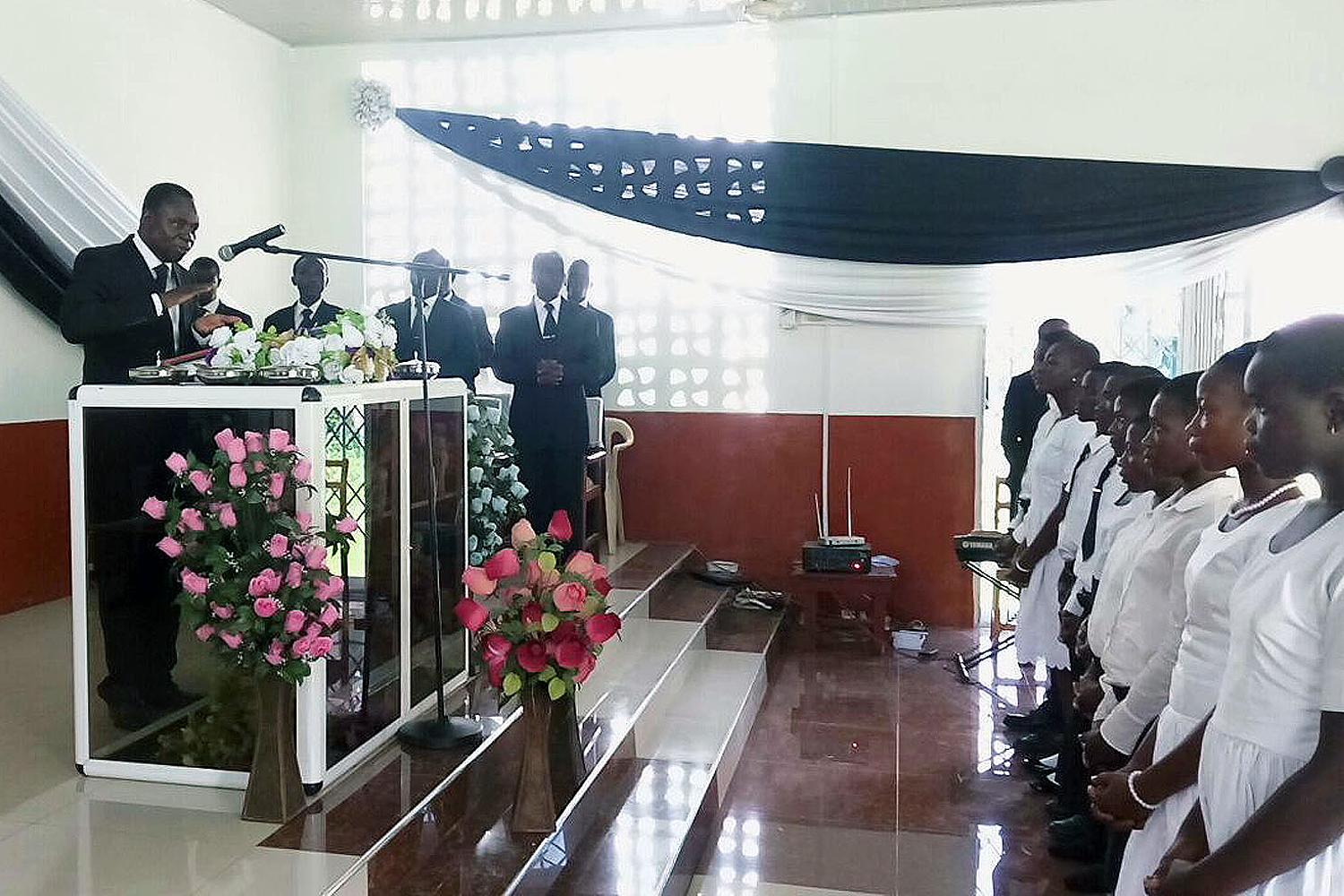 Faithful New Apostolic Christians and guests were joyfully gathered together at the church at Nkawkaw to commemorate the suffering and death of Jesus Christ. It was also the first time Apostle Oppong-Brenya visited the Nkawkaw congregation which is the seat of Apostle Andrews Boakye after the re demarcation of Ghana into fifteen Apostle Areas.

The text word for this festive occasion was read from Matthew 27:27-29 “The soldiers of the governor took Jesus into the Praetorium and gathered the whole garrison around Him they stripped Him and put a scarlet robe on Him. When they had twisted a crown of thorns they put it on His head and a reed in His right hand. And they bowed the knee before Him and mocked Him, saying, “Hail, King of the Jews !”.

The Apostle explained among other things that the scarlet robe represents the royal dignity of Jesus Christ. It is also a reference to the blood He shed.

The reed serves as a scepter. It makes clear that Jesus Christ is really the ruler of heaven and earth.
The crown of thorns alludes to the fact that this King is one who suffers for His own.

The fallen on their knees before Him is a sign of veneration and esteem which the whole of creation owes.

The mocking salutation “King of the Jews” is in reality a cry of profession to the majesty of Jesus Christ.

Nine children were confirmed during the divine service and were rightly admitted to the youth. The Apostle admonished them to fulfill their confirmation vow. By the kind courtesy of District Apostle Michael Ehrich each confirmand received one booklet of Catechism of the New Apostolic Church in Questions and Answers, a hymnal and a message from the Chief Apostle. The attendance was 351 members and guests.

Also in attendance were eleven youths who have travelled from other Apostle areas to Nkawkaw to have a three week intensive study on how to play the organ. Accompanying Apostle Oppong-Brenya were Apostles Andrews Boakye and Robert Asampong. 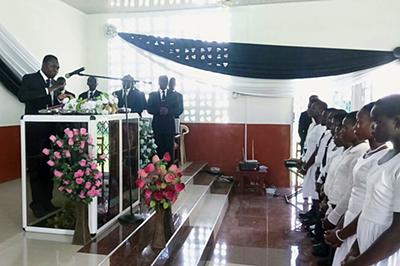 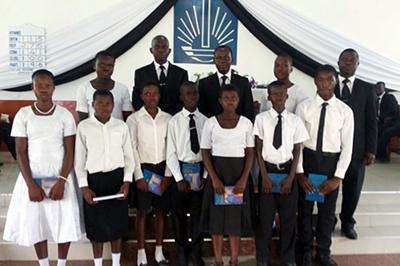 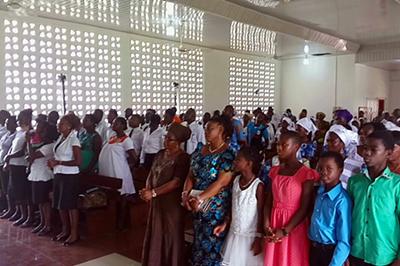