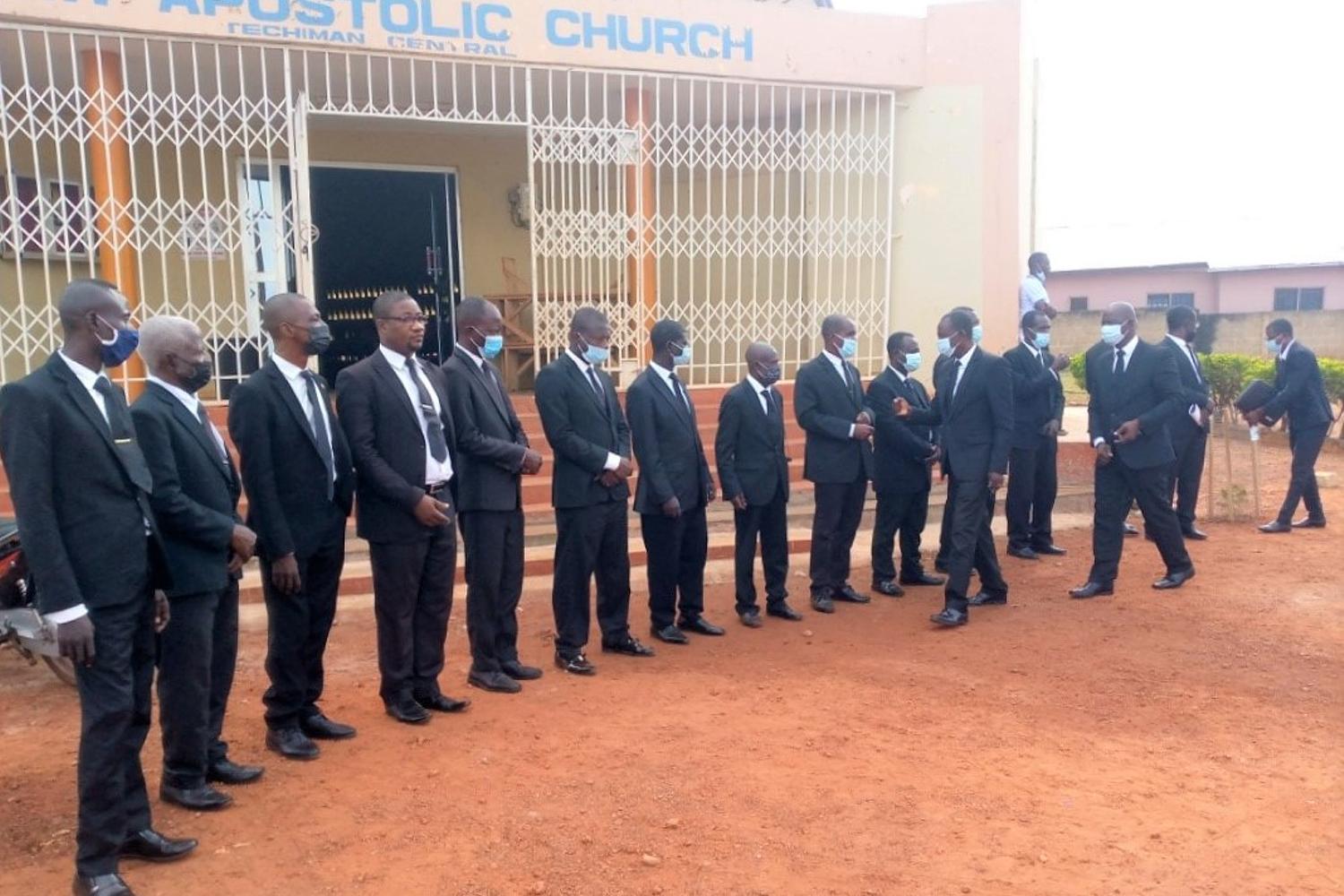 On Saturday 4th December, 2021, Lead Apostle Samuel Oppong-Brenya held a memorial service for the late District Elder Paul Yeboah (District Rector for Akomadan District) in Techiman Apostle Area. The text word was taken from Job 14:5 “Since his days are determined, the number of his months is with You; You have appointed his limits, so that he cannot pass.”

Our days are numbered
In his sermon, the Lead Apostle agreed with Job: there is absolutely nothing anybody can do to prolong his days on earth when the time is due. What we can do as human beings is to live our lives to please God in order to attain the promise.

“Let us also be mindful that this earth is not ours. God has given the earth to us for a period. Therefore, we should be careful with our dealings here on this earth because when our time is due to vacate, no one has any say. Our days, months and years are already known by our Maker and when the time is due, we will all leave.” Lead Apostle further elaborated.

The Master happy with the servant
The Lead Apostle continued: “A farmer once hired a labourer to work on his farm from 6AM to 12PM. He returned to his farm at 10AM to inspect the progress of work and was very pleased with the work done, as though there were four labourers. The farmer requested the labourer to take an early leave, although he had 2 more hours to complete.”

“Our dear minister’s life can be likened to this labourer. God is pleased with his work on earth and therefore decided to give him eternal rest. District Elder Paul Yeboah worked so hard both physically and spiritually.”

God, our help in ages past
The Lead Apostle assured the wife of the late District Elder of God’s continuous care and support. Ever since the ancient times, God has been taking care of widows and their children and He would continue to do the same for her.

He was called into ministry at a village called Dominase in the Asunafo district of the Ahafo region, where he helped the Dominase and Abebresekrom congregations a lot. He left for school and later returned to Techiman, where he was ordained as Shepherd. He became the Rector of Techiman Central Church and later appointed District Leader for the Akomadan district.

He is survived by Sister Agnes Ameyaa and four children. 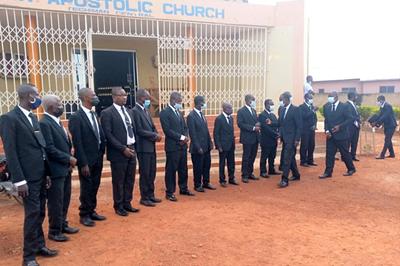 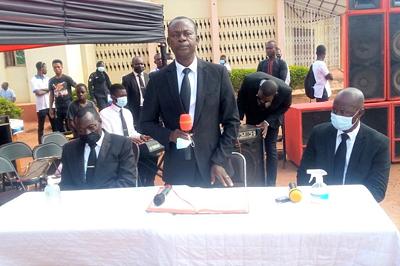 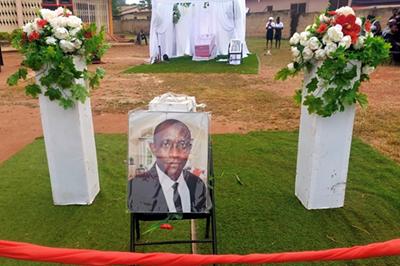 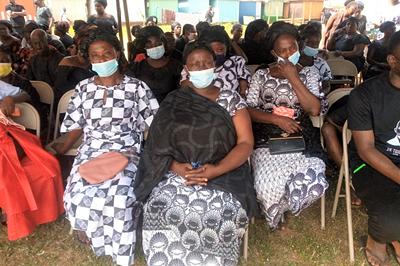 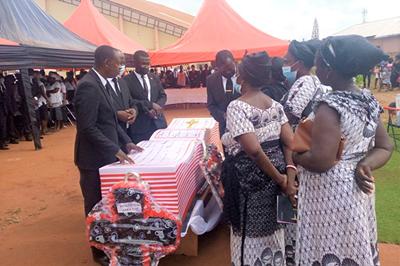 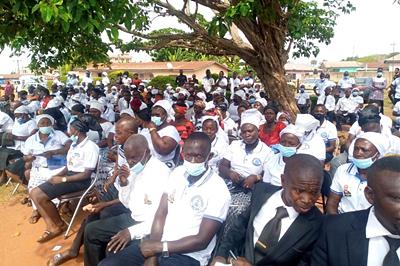 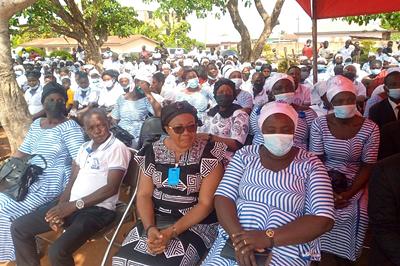 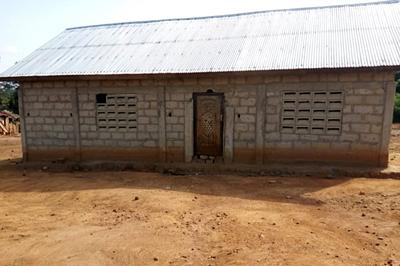