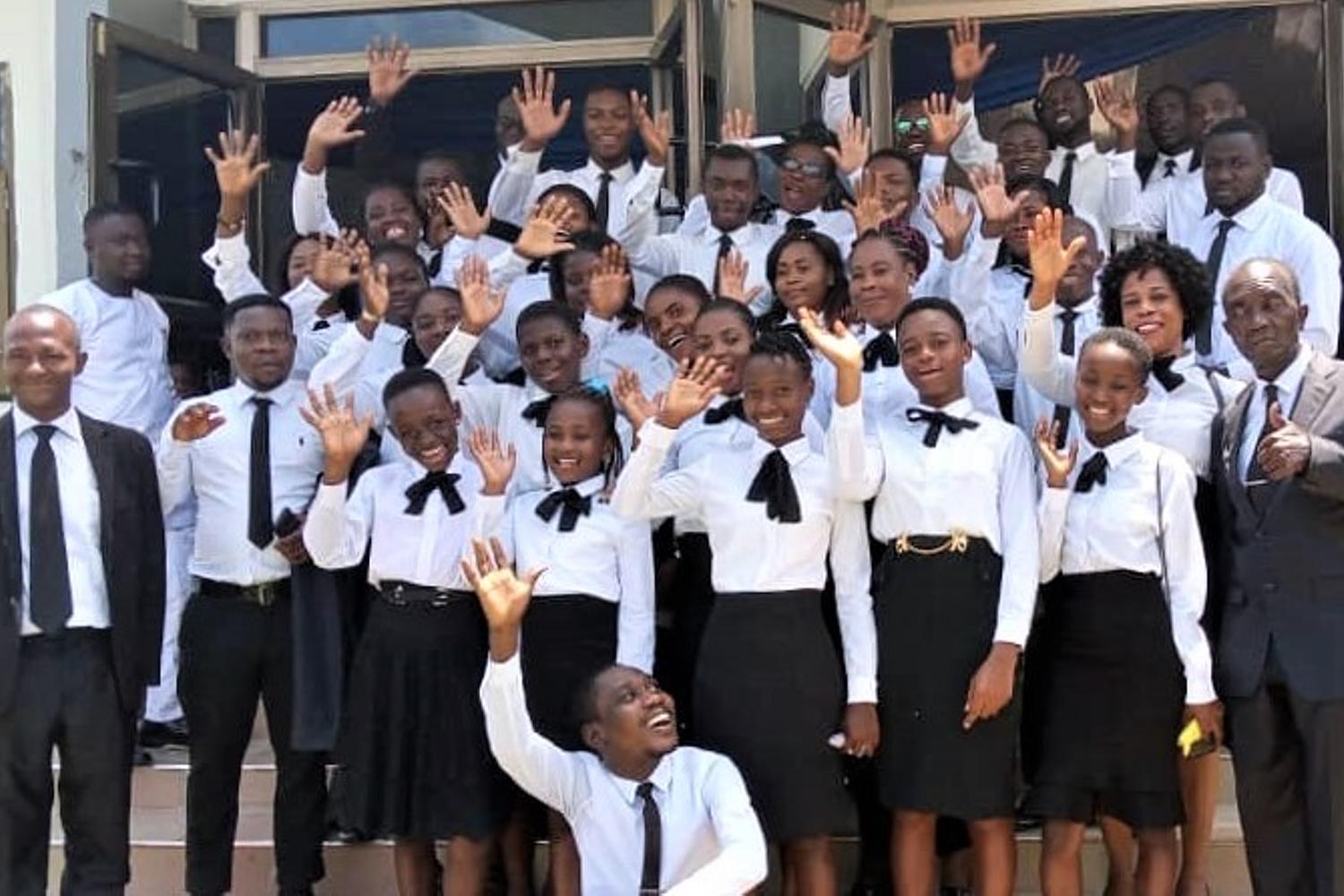 There is time indeed for everything, a time to be ordained as a servant of the Lord and a time to retire! So it was on Sunday 17th April 2022, at the Tafo Congregation in the Kumasi Apostle Area. Lead Apostle Samuel Oppong-Brenya put into retirement Shepherd Paul Adjei who served as a minister for 33 years and as a rector for 28 years. “Believe the Lord, Let us keep the faith, we shall be saved!” were his final words as a minister when he assisted the Lead Apostle.

The bible passage for the service was taken from Colossians 3:1-3, “If then you were raised with Christ, seek those things which are above, where Christ is, sitting at the right hand of God. Set your mind on things above, not on things on the earth”

The Apostle recounted the bitter suffering and the crucifixion of Jesus on Good Friday. “He never cursed His persecutors but asked the Father to forgive them.” In hardship, Jesus showed love for His enemies.  Stand firm ye followers of Christ. The Lord asked us to love our enemies, and bless those who curse us. The focus of Jesus was on Sunday-the day of resurrection. He was crucified, died and buried but when Sunday came, all powers at play on Friday was subdued and the Lord rose from the tomb”.

The Lord is risen
The Lead Apostle explained that what the women could not do in rolling away the stone from the tomb, God who is omnipotent did. “If Friday was a dark day, there was light on the resurrection Sunday. God shows up in whatever man cannot do. There is time for everything .Don’t live in sorrow and tears, your glorious day is on the way. Encourage yourself in the Lord for no condition is permanent” the Leader said.

Seek the heavenly
“‘The Lord is risen’ should not become a cliché, instead, let us do the works that are associated with the Resurrection. The Leader admonished the congregation to seek for the heavenly, for the earthly will fail us. “The heavenly is where Christ is seated at the right hand of the Father .Whoever desires to be there must act like a light that shines in darkness and abstain from evil. He must put to death the members which are on the earth: fornication, uncleanness, lustful passions, evil desire and covetousness. Put off anger, wrath, malice, blasphemy, filthy language out of your mouth.” He added that the greatest idol that we must guard against is anger. He admonished members to control their anger, take off the nature of the old man with his deeds and put on the new man.

“The Lord is risen, seek that which is above for the earthly will fail us”, he concluded.

A new Rector, Shepherd Akwasi Agyemang, was appointed to take over from the retired Shepherd. The Lead Apostle also blessed the marriage of Brother Paul Adjei (the son of the Retired Rector) and Sister Patience. 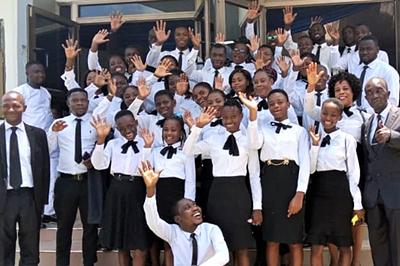 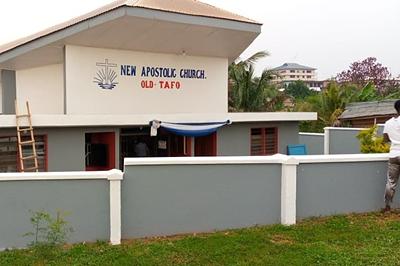 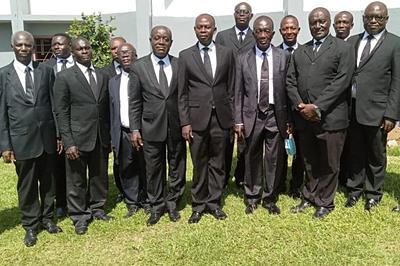 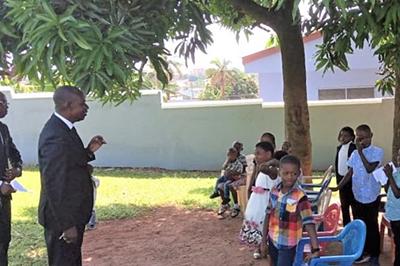 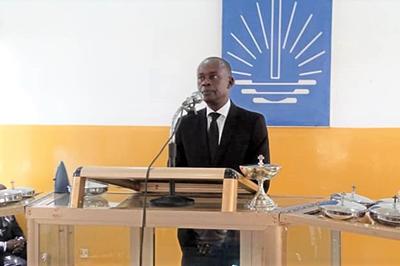 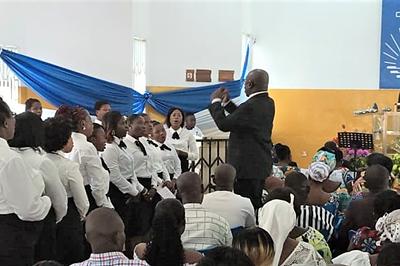 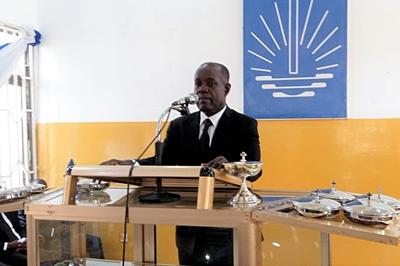 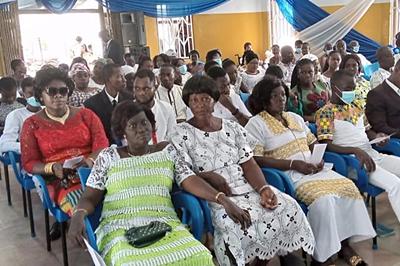 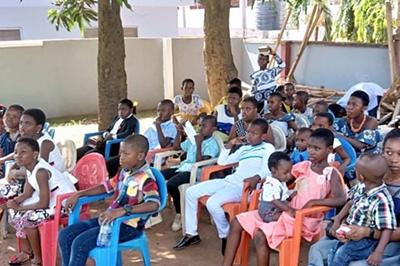 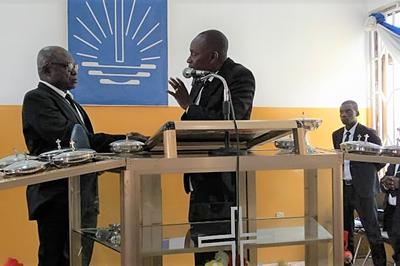 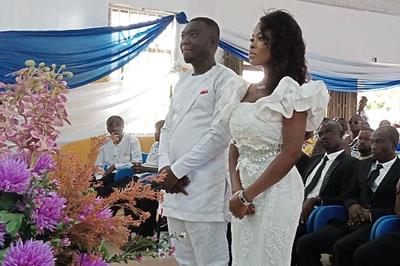 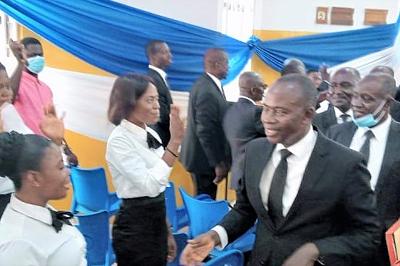