A Message Of Hope 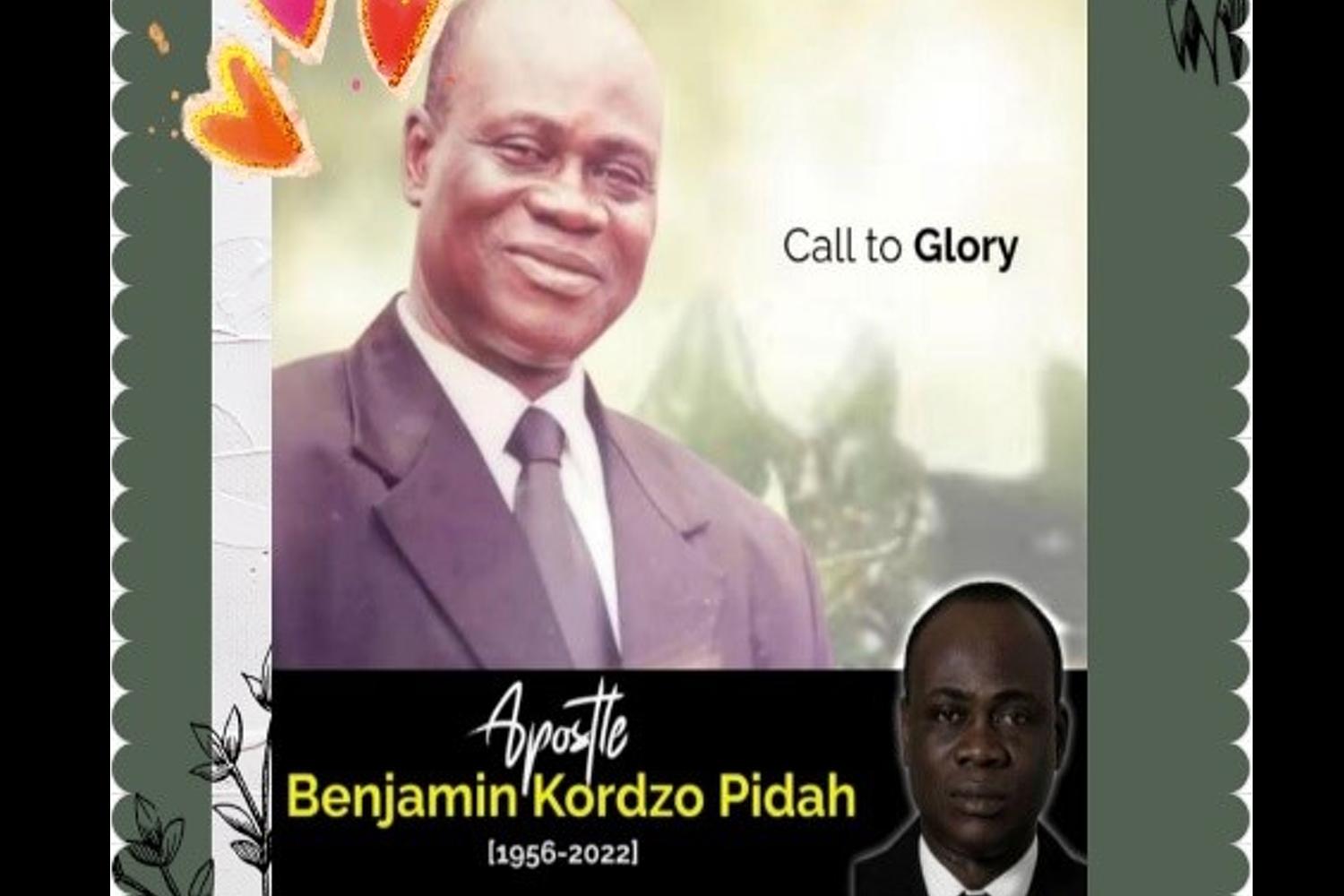 Grace drives away judgment. Those who seek grace shall have it, and they that seek judgment shall be served with it. The law existed in the old covenant; grace appeared through Jesus Christ, and this is available to all mankind. Where there is law, there is judgment. Where there is grace, there is no judgment. This is the message of hope!

The Lead Apostle based his sermon on a text from Hebrews 9:27-28: “And as it is appointed for men to die once, but after this the judgment, so Christ was offered once to bear the sins of many. To those who eagerly wait for Him He will appear a second time, apart from sin, for salvation.

Elaborating on the bible word, Lead Apostle Ohene-Saffo emphasized that, mankind has been offered a window of hope through the sacrifice of Jesus Christ. “Grace was then birthed”, he emphasised. “Man can now escape the judgement of the Lord at the end of time. We are in the time of grace, let us grasp this message of hope and apply it to our lives through belief in Jesus Christ and the Apostolate.”

Life of Apostle Pidah
The late Apostle Benjamin Kwadzo Pidah was one of the pioneer members of the New Apostolic Church at Ho. He was baptized on June 17, 1979 by Priest Kwesi Parku (later an Apostle) at Ho and was sealed by Apostle Gottfried Schwarzer of blessed memory on October 19th 1979.

He received the following ministries:

On September 18, 1988, Chief Apostle Richard Fehr of blessed memory ordained him as an Apostle in Zurich, Switzerland. Apostle Pidah was commissioned to take charge of the newly created Apostle District of Vakpo which comprised of Nkonya, Kpando, Peki, Vakpo, Tosen and part of Afram Plains.

In 1992, he was transferred to Ibadan, Nigeria, where he carried out his ministerial responsibilities as an Apostle for seven years. He was later commissioned to render his services as an Apostle in the Ogoni Bera area, River State, Nigeria. He served for ten years in this Apostle District. In the latter part of 2008, he was commissioned to return to Ghana to take charge of the Volta North Apostle Area. He arrived in January 2009 and earnestly started work. Following the reorganization of the Apostle Areas in Ghana in 2016, Apostle Pidah was placed in charge of the newly created Volta Central Apostle Area, covering Ho, Avatime, Tosen, Akusame, Hoe, Avenui and Dzolo District Elder Areas.

Apostle Benjamin Pidah’s work was however cut short by ill health and was placed into an early retirement by Chief Apostle Jean-Luc Schneider on 27th January, 2019 during a festive divine service in Cape Coast, Ghana.

He was a humble, polite but very strict person. He was full of humour and a lively partner in conversation. He attached seriousness to everything he found to do. He was a very considerate personality who would always want to share.

On Monday 31st January, 2022 he was called home by our Heavenly Father after two days of admission at the Ho Teaching Hospital. He is survived by his wife, Sister Faustina Enyonam Pidah and three sons. 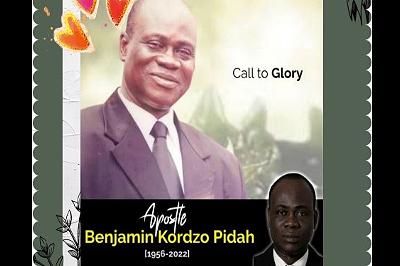 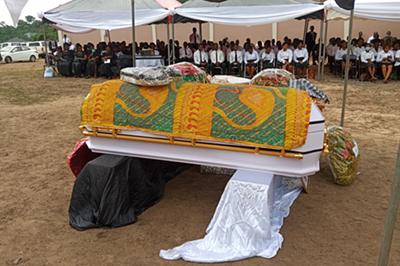 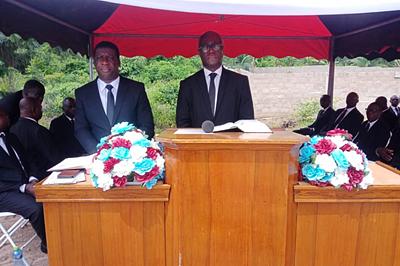 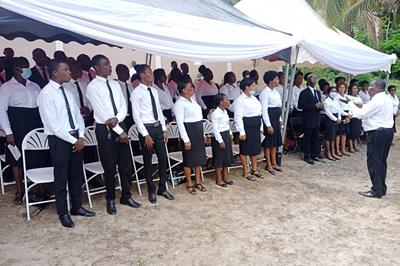 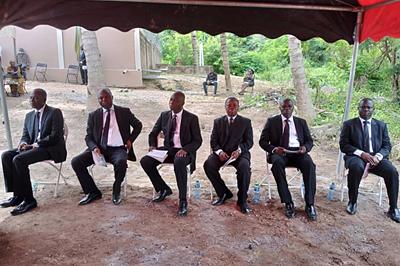 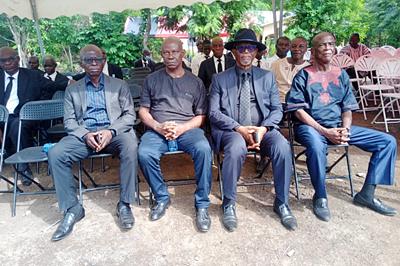 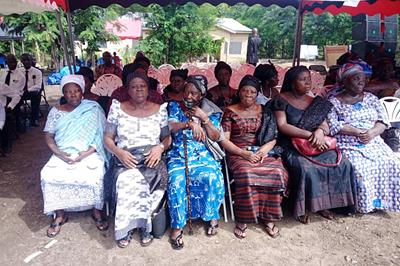 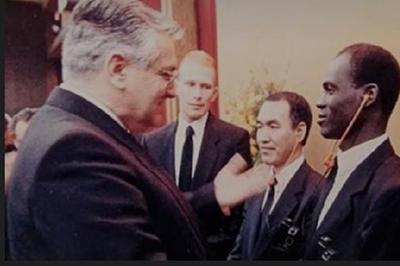 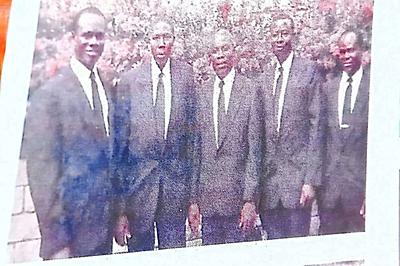 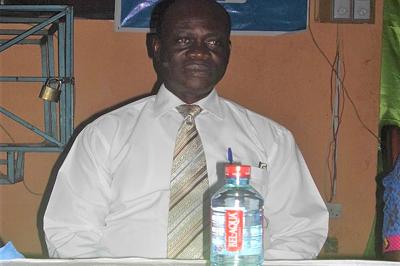 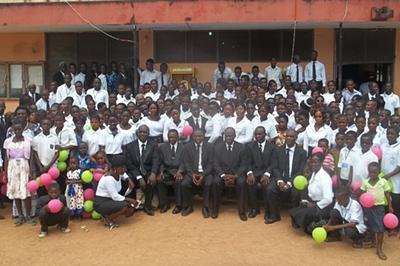 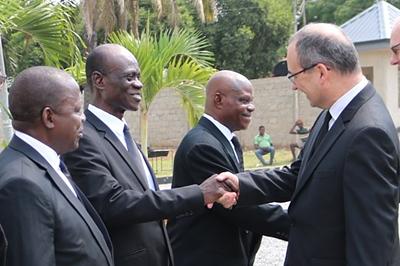 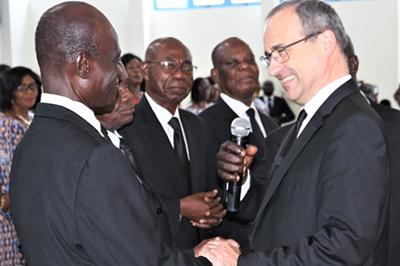