Serving and Reigning with Christ, in Birmingham 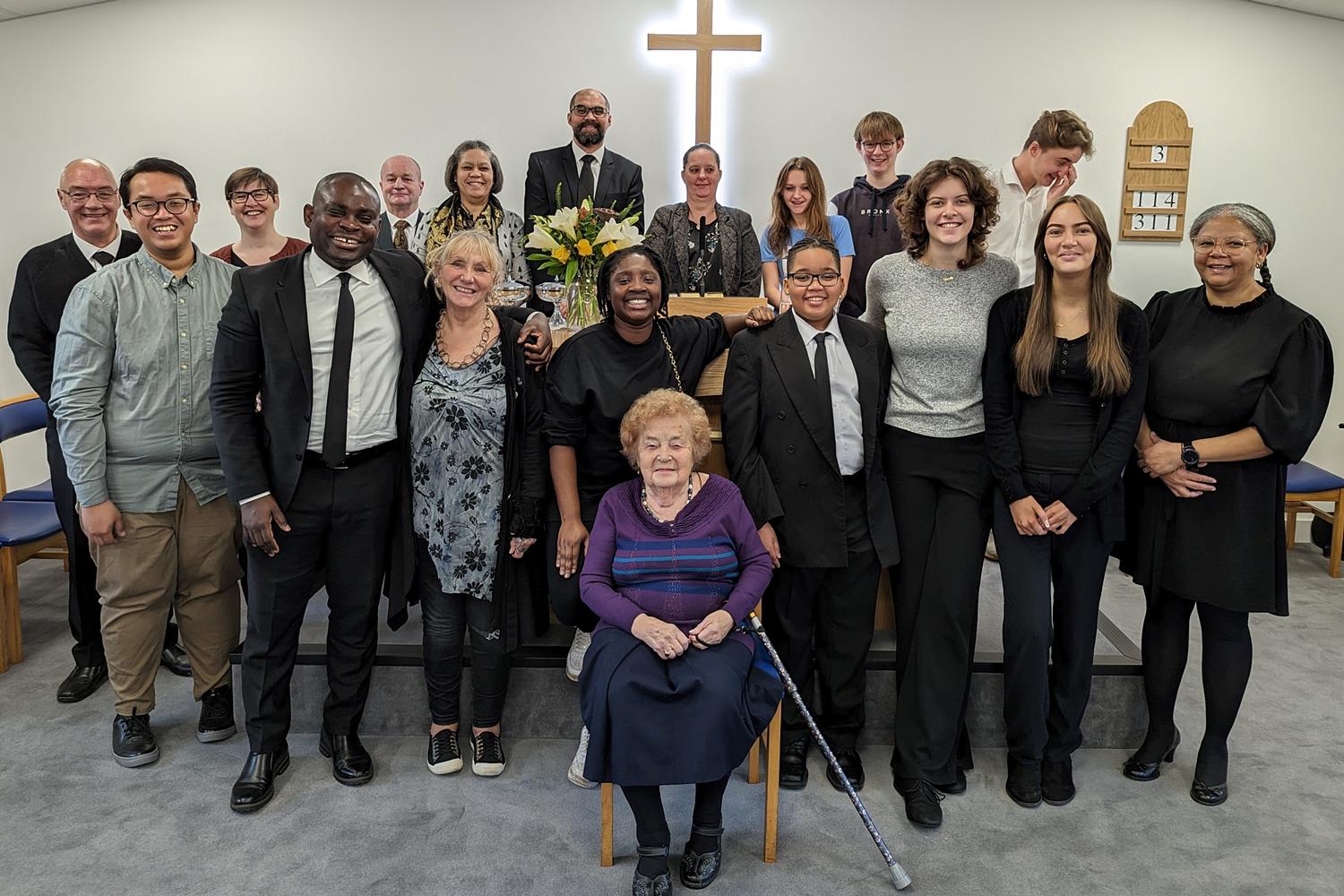 In Ghana, the doors of every church building is kept wide-opened on divine service days, regardless of the weather; rain, harmattan or hot scorching sun. This is what Sister Afua Ampong is used to. However, having walked 15 minutes through the cold 9th October morning weather of 7°C, and finally finding the doors of the Birmingham congregation closed, she must have been dejected. Unbeknownst to her, it was just the beginning of a beautiful new experience.

Unsure of what to do, she called a very familiar person who has been with the Birmingham congregation for a year: “Junior, good morning. I am at the church premise and the doors are closed. It is 9:34AM but I cannot see anyone here. Or is divine service over?”

Afua was one of the vibrant leaders of the Legon Campus congregation and also supported Sunday School teaching at the East Legon congregation. She knew her ways. She had it all together. But things would be a little different for the next one year at least, as she pursues a postgraduate degree at the University of Birmingham. She would be wearing padded jackets and gloves as part of her routine, must find a way to enjoy walking the quiet neighbourhoods of Selly Oak on chilly Sunday mornings for a few months and probably adapt to enjoying wearing light clothing only for a few days of summer.

After a little teasing and laughter, Junior reassured her she had not missed divine service. “It’s not locked. You open the door, you will be welcomed by a lovely elderly Deacon.”

And so a new congregational life began for Afua. Bubbly and engaging as ever, Afua is loved by the members of the Birmingham. She has become a prominent member of the youth and was recently tasked by the rector to suggest activities for a youth outing. Afua also now sings with the choir, something she never thought she would ever do.

She had been approached earlier by the choir leader, Sister Marilyne, to join the choir. But despite her ever willing and servant heart, Afua did not seem so keen on it. Somehow, Afua found herself miraculously seated right in the middle of the choir during a divine service, and had no choice than to rise with them to minister. You might be thinking, “how did this happen, she must have known where she was sitting?” Such are the ways of God; mysterious!

The previous Sunday, during rehearsals, the choir had discussed repositioning themselves to be able to face the congregation during ministration. Afua, unaware of the arrangements, sat in her usual spot. She did not know it was now the first seat for alto singers. When the choir was called, she felt odd being seated and had to join. Thankfully, that status quo has remained. And not only that, she now also attends every choir rehearsal. She is still in a dilemma though, whether to sing soprano or alto.

Sister Marilyne, beaming with smiles and joyful, shared with Junior later that Sunday that Afua is now a member of the choir. “I did not force her Fred, she just came to sit with the choir”, she says in her ever noticeable French accent. Sister Marilyne is a force! Many find it hard to say no to her in the congregation. She often gets what she wants.

Afua Ampong is in very good company. Junior, whom she has known virtually all her life is Priest Fred Quansah-Haylse Jnr. Afua must have been proud when she witnessed his reinstatement to Priestly ministry, on 23rd October, to support the Birmingham congregation.

When asked how she found the Birmingham congregation after a few Sundays, Afua could not hide her admiration: “It is a very lovely congregation. Very warm and welcoming. You would not even feel you are a new when you visit for the first time. Every one is so down to earth and interested in your well being. I love it here. We are not many, but you feel a lot of love and connection.”

Afua is in good care and safe hands. She is enjoying her new family and congregational life. Definitely, this would also help her with her studies knowing has the love and support of a whole congregation.

On 25th December, 2022, Afua was invited home to spend Christmas with the rector, District Evangelist Karl Milton, and his family. She had a wonderful time. It was not suprising she greeted Junior “Good morning” at 3:15PM via a Whatsapp message to check on him following his bout of flu. “Ei Afua, good morning at this time. I can tell you had too much to eat and drink ”. “We had maaaaad fun”, Afua replies, “You missed!” 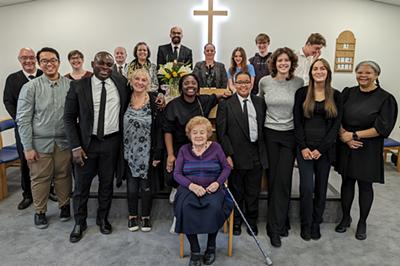 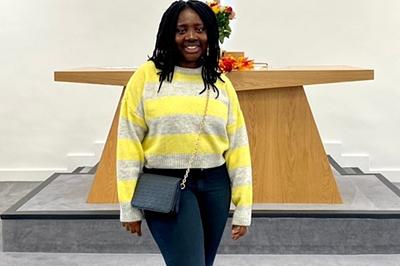 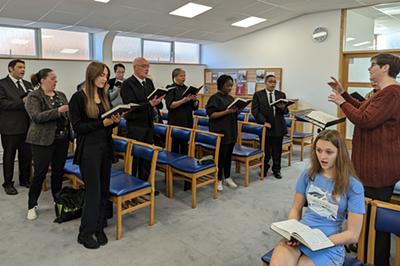 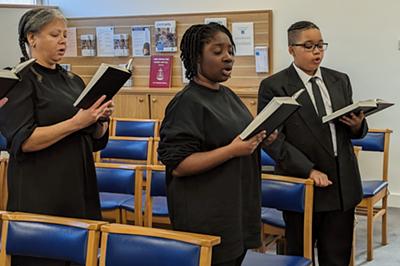 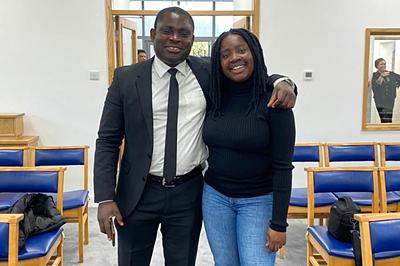 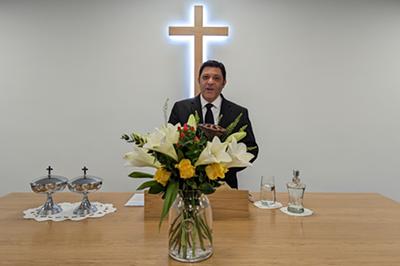 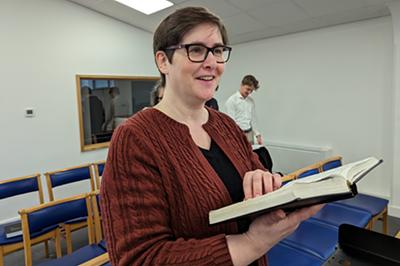 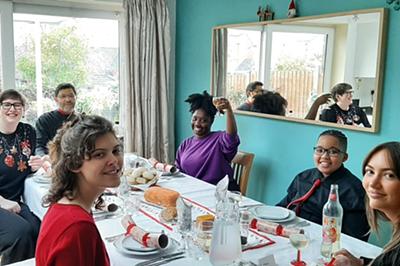 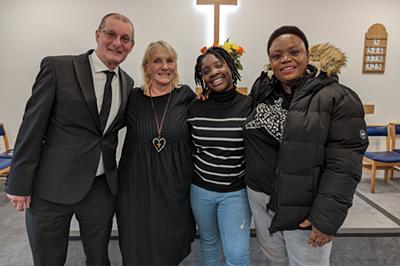